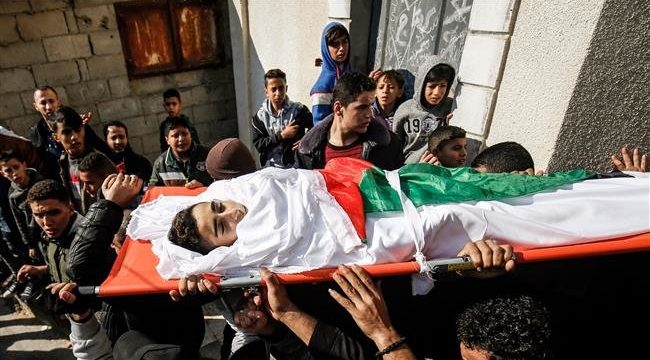 The investigative committee of the United Nations Human Rights Council that has been looking into the most recent round of violence on the Israel-Gaza border presented its findings on Thursday, saying it found ‘reasonable grounds’ that Israeli security forces violated international law.

The session opened with a series of video clips from demonstrations on the Gaza side of the border and a description of incidents involving fatalities and injuries on the Palestinian side. The committee’s chairman, Santiago Canton, said at the beginning of the session that his panel had found that the vast majority of the Palestinian protesters were unarmed.

The council found that many children were killed, some directly by live fire, and that Israel directly shot journalists who were, according to the council, clearly marked as such. “There is no justification for shooting children and disabled people that pose no risk, Sara Hussein, council member, said.

“While some deaths may have been examined by the Israel Defense Forces’ internal ‘fact-finding assessment,’ criminal investigations were opened in only five cases, including the deaths of four children,” the report says.

According to data in a United Nations report released last month and confirmed by Israeli security officials, 295 Palestinians were killed and about 6,000 wounded by live ammunition since the demonstrations’ inception.

“The commission found reasonable grounds to believe that Israel violated those rights when its forces used lethal force against children who did not pose an imminent threat of death or serious injury to others at the time they were shot.”