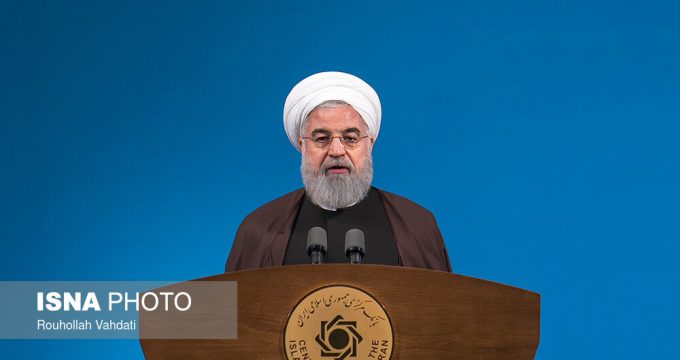 The Syrian president flew from Damascus to Tehran and met with the Supreme Leader Ayatollah Seyed Ali Khamenei because he was thankful of the ‘great jobs’ the two countries did together, the Iranian president said.

Rouhani who was speaking at the 58th general assembly of Iran’s Central Bank, also described the three Iranian entities of Central Bank, Ministry of Oil and Foreign Ministry as being at the frontline of resistance against the United States, and acknowledged the efforts made by Abdolnaser Hemmati, Mohammad Javad Zarif and Bijan Zangeneh who are respectively heading the three entities.

The Iranian president also emphasized the importance of non-oil exports and urged for their increase in order to overcome the economic problems Iran is currently facing.