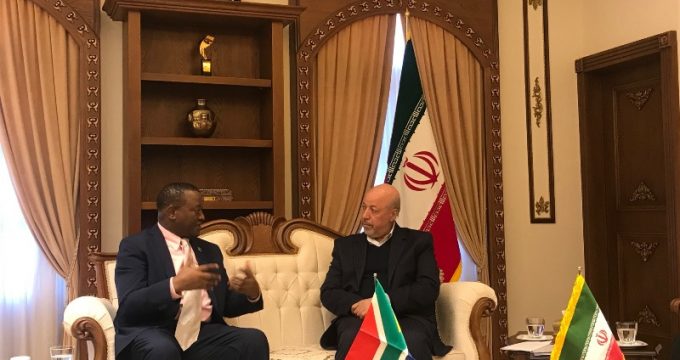 Iran-S. Africa cooperation will not reduce with US exit from JCPOA

IRNA – South African Ambassador to Iran Vika Mazwi Khumalo said on Tuesday that US withdrawal from JCPOA will not decrease his country’s economic, trade and cultural cooperation with Iran.

In a meeting with Isfahan Governor General Abbas Rezaei on Tuesday, he added that promoting tourism is one of the effective areas for economic growth.

Stressing the need for establishing direct flight between the two countries, he said, “Although there are economic and international limits in the field, we are seeking to solve the problems.”

Isfahan governor general, for his part, called for boosting trade, economic and scientific relations between the province and South Africa, saying that both sides boast of capacities for scientific and technological exchanges.

Isfahan can help promote friendship between the two countries in the political, economic, cultural and tourism arenas, he said.

Rezaei also hoped that the meetings will lead to surge in trade and economic exchanges between the two countries.