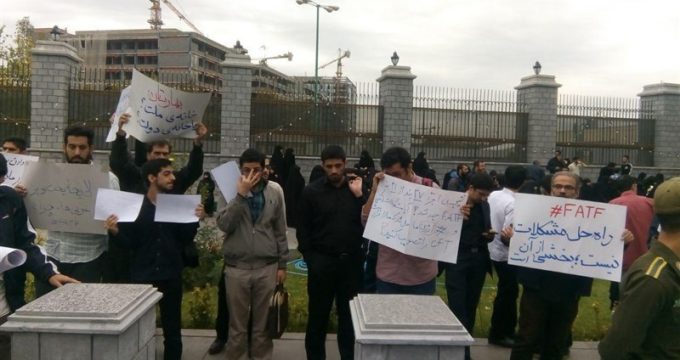 Financial Tribune | Fatemeh Mahjourian: The amended Anti-Money Laundering Law was finally signed into law by President Hassan Rouhani last month after it was studied in graphic detail by several entities, namely the specialized committees in government, parliament, the constitutional watchdog Guardian Council and the top arbiter, the Expediency Council.

The law was ratified in February 2008 and during a decade of implementation, it became apparent that some of its aspects need to be amended.

The new law starts with the definition of key terms. In the past definitions were incorporated in the AML by-law and not in the law itself. Definitions provided in this law are in line with AML international standards.

The other term defined in the law is “Property” and it refers to corporeal/incorporeal, moveable/immovable, legitimate/illegitimate, any financial interest or benefit and includes documents both paper and electronic, such as trade documents, shares and securities.

The term property has been defined in FATF glossary, Merida Convention (against corruption) and Vienna convention (against drugs) as: “Property means assets of every kind, whether corporeal or incorporeal, moveable or immoveable, tangible or intangible, and legal documents or instruments evidencing title to, or interest in such assets”.

Other terms defined under Article 1 of the amended AML Law are: introducing the Obligees, Non-Financial Businesses and Professions (DNFBPs), Basic Services and Suspicious Transactions.

a) The acquisition, possession, keeping or use of proceeds, knowing that such proceeds were derived from crimes.

b) The conversion, exchange or transfer of proceeds for the purpose of concealing or disguising their illicit origin, knowing that such proceeds have been directly or indirectly gained from commission of crimes or helping the perpetrator of predicate offence in such manner that he can evade the legal effects and consequences of committing such crime.

c) The disguise or concealment of the origin, source, location, disposition, movement or ownership of the proceeds which have been, directly or indirectly, gained through commission of crime.

It deserves mention that the FATF in and of itself does  not provide any specific definition for money laundering and instead has urged countries to criminalize money laundering based on the Vienna Convention and Palermo Convention (against transnational organized crime).

A review of Article 2 of Iran’s amended AML Law shows  that Iran has defined money laundering, to the best  possible extent, in line with international standards.

The Note to Article 2 states that if there is suspicion, almost knowingly, that the property has been acquired illegitimately, it would be considered as illegitimate and  be subject to punishment and seizure, unless its legitimate acquisition is proved.

This is in line with FATF methodology that states: “When proving that property is the proceeds of crime, it should not be necessary that a person be convicted of a predicate offence”.

Article 3, as mentioned above, defines proceeds, and Note 1 to this article states that predicate offences also include offences that have occurred outside of the country, provided that they had been considered as offences had they occurred domestically.

FATF methodology says: “Predicate offences for money laundering should extend to conduct those that occurred in another country, which constitutes an offence in that country, and which would have constituted a predicate offence had it occurred domestically”.

Note 2 to this article is about the seizure of instrumentalities which: 1) are used in commission of the crime, 2) are acquired as the result of offence, 3) or have been allocated for the offence.

With regard to instrumentalities, FATF methodology also emphasizes the necessity of legislative measures, that enable the confiscation of instrumentalities used, or intended for use, in ML or predicate offences.

Article 4 of the law introduces the new composition of AML High Council. This council is established in line with recommendation 2 of FATF which emphasizes National Cooperation and Coordination. The difference with the former law is that the new AML High Council includes representatives not only from the government but also from the judiciary and parliament.

Recommendation 35 of FATF states: “Countries should ensure that there is a range of effective, proportionate and dissuasive sanctions, whether criminal, civil or administrative, available to deal with natural or legal persons covered by recommendations … that fail to comply with AML/CFT requirements. Sanctions should be applicable not only to financial institutions and DNFBPs, but also to their directors and senior management”.

All natural and legal persons who fail to fulfill their duties will be subject to sanctions mentioned in Note 3 to article 4 (suspension or permanent deprivation from career) and Note to article 7 stipulates that the sanctions are considered for offending directors.

In the amended law, a new article is devoted to the introduction of Iran’s FIU. In the former law, there was implicit reference to FIU, and FIU was explained in detail in the AML by-law.

However, in the amended law a rather extensive article has been devoted to FIU where the duties and powers of FIU, where it is established, the relationship of FIU with law enforcement forcers, supervisors, etc. and the appointment procedure of the head of FIU have been elaborated.

As per Article 8, disclosing reports and information under this law is forbidden and punishment is considered for it. Recommendation 21 of FATF also deals with tipping-off.

Article 9 elaborates the penalties considered for money launderers. The former law considered only cash penalty which over the years of implementation proved to be insufficient.

Besides, an interpretive note to recommendation 3 of FATF expresses that: “Effective, proportionate and dissuasive criminal sanctions should apply to natural persons convicted of money laundering”. In the new Law, criminal sanctions have also been added and, henceforth, money launderers will be subject to: 1) imprisonment, 2) cash penalty and 3) confiscation of property, income and proceeds derived from commission of crime and also the property of corresponding value.

This article also corresponds with recommendation 4 of FATF to the effect that:

“Countries should adopt … legislative measures, to enable their competent authorities to freeze or seize and confiscate… (a) property laundered, (b) proceeds from … money laundering or predicate offences, (c) … (related to CFT law), or (d) property of corresponding value”. Separate sanctions for legal persons and rights of bona fide third parties have been covered in the notes to this article.

Mutual legal assistance, ancillary offences like attempting and aiding and abetting and some internal procedures (like introducing the competent courts in this respect) are covered in the remaining articles.

AML international standards encompass other details as well; however, there is no requirement for including them in the law (this, in particular, happens in countries whose legislation procedure, like Iran, is drafting short and succinct Laws and putting details in by-laws) and they can be covered in the enforceable means.

Therefore, it is expected that Iran’s amended AML Law along with its implementing regulations and directives would embody the international standards while, like any other country, they are being customized based on risks and contexts that the country faces.