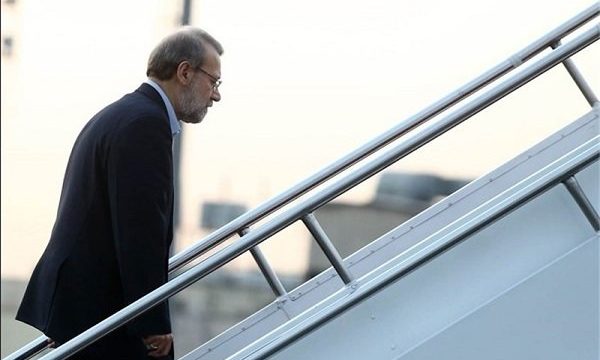 Heading a high ranking delegation, Larijani embarked on a visit to China to further deepen ties between the two countries.

Larijani is visiting China upon an invitation of Li Zhanshu, chairman of the National People’s Congress Standing Committee, according to Chinese state-run press agency Xinhua.

Iran and China have always had close ties with each other and the ‘Silk Road’ demonstrates the connections between the two civilizations, said Larijani in Tehran before leaving for Beijing.

He highlighted that the visit is aimed at enhancing the level of bilateral ties in political, cultural, parliamentary and scientific fields.