A Look at Iranian Newspaper Front Pages on February 17

Iran Front Page- IFP has taken a look at the front pages of Iranian newspapers on Sunday, February 17, 2019, and picked headlines from 14 of them. IFP has simply translated the headlines and does not vouch for their accuracy.

Reactions to the Wednesday terrorist attack in south-eastern Iran, which killed 27 and wounded 13 IRGC forces, remained a top story today, with several papers covering Iran’s warning to Pakistan over its failure to counter the terrorists along the Iranian border.

Also a top story today was the Expediency Council’s failure to reach a consensus over a bill on Iran’s accession to the Palermo Convention, which has been proposed by the government to get Iran out of the blacklist of the Financial Action Task Force (FATF). The Council has postponed the voting to its next meeting two weeks later.

Europe’s rejection of the US’ call for withdrawing from the Iran nuclear deal also received great coverage today. 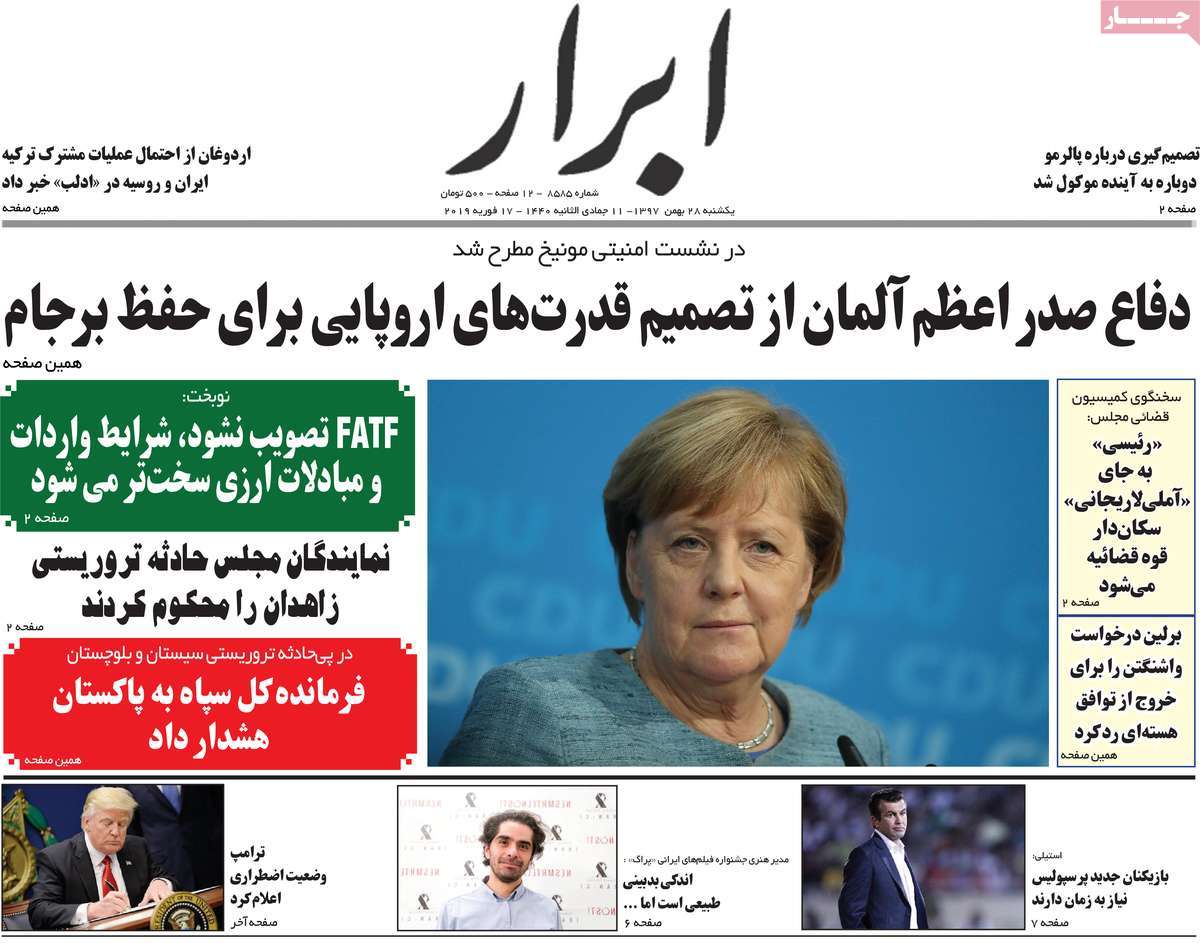 2- Oil Minister: China Has Done Nothing to Develop 11th Phase of South Pars 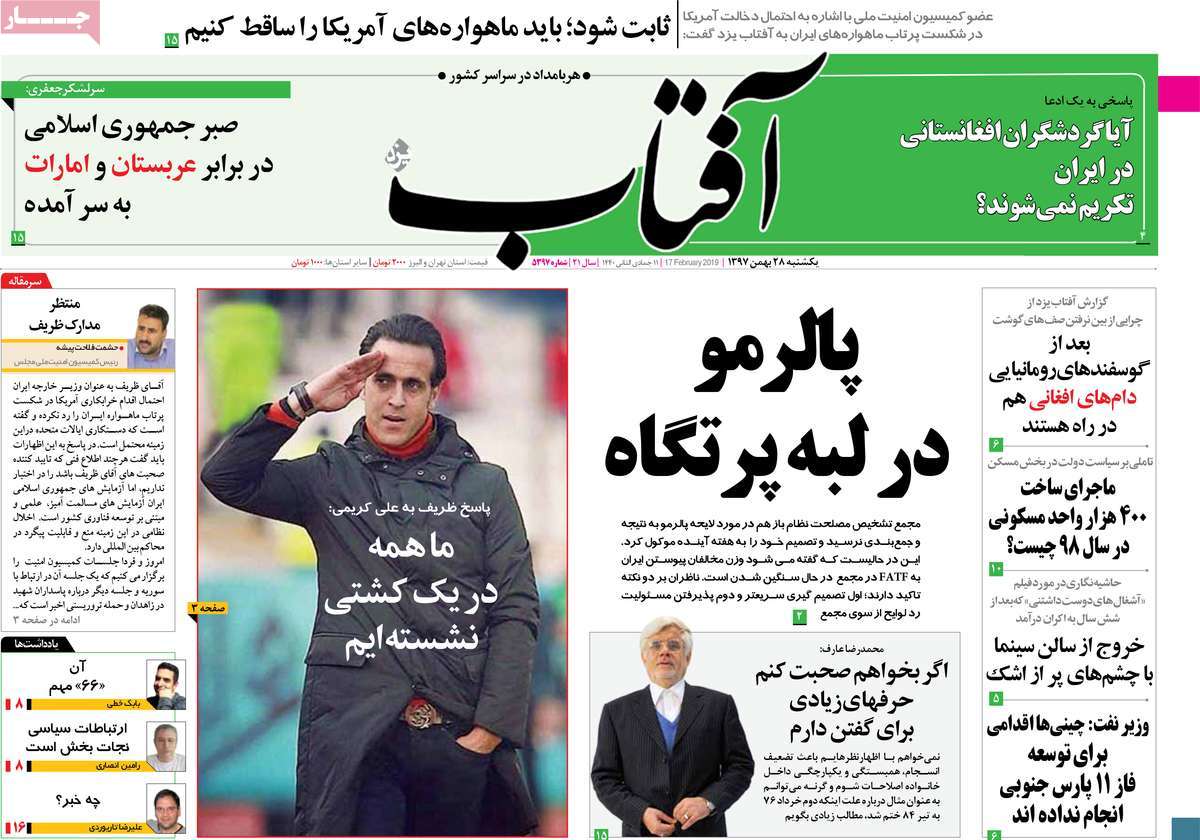 1- Challenge of Approving Palermo Convention Postponed to Next Week 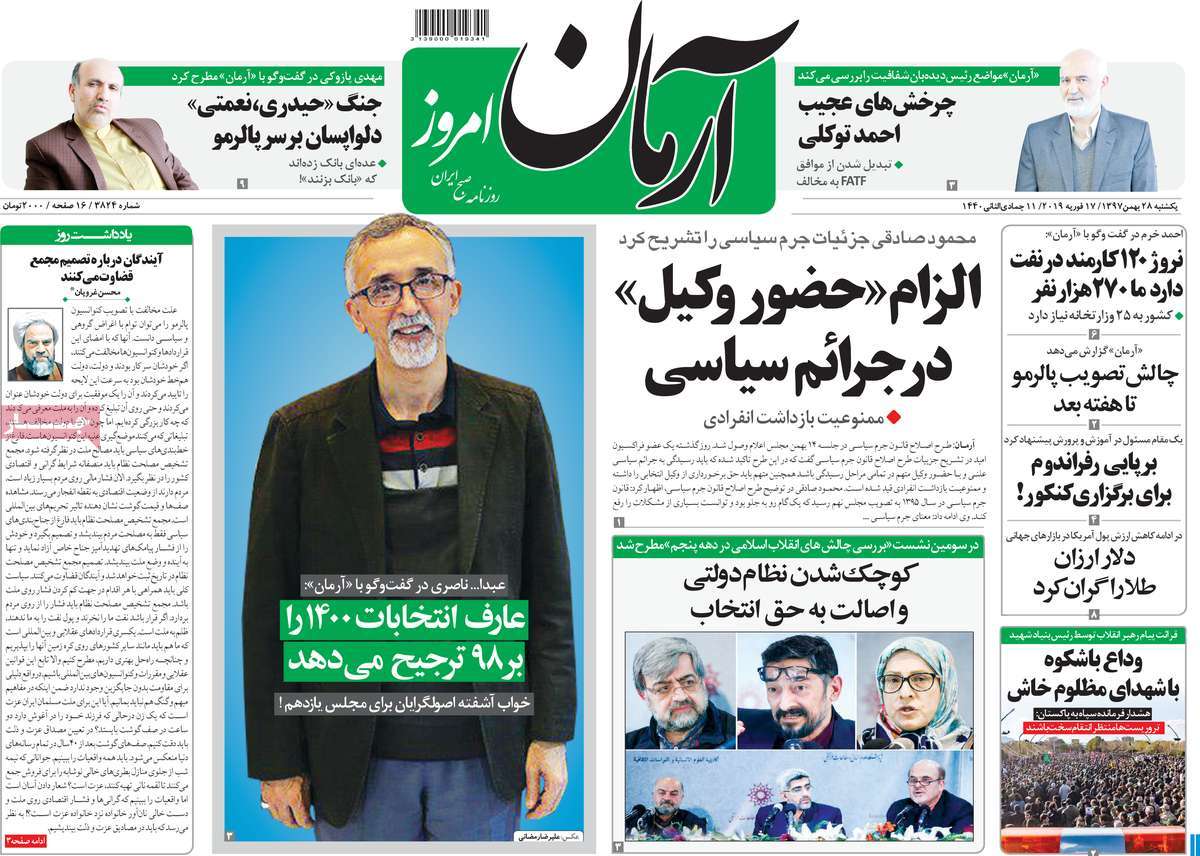 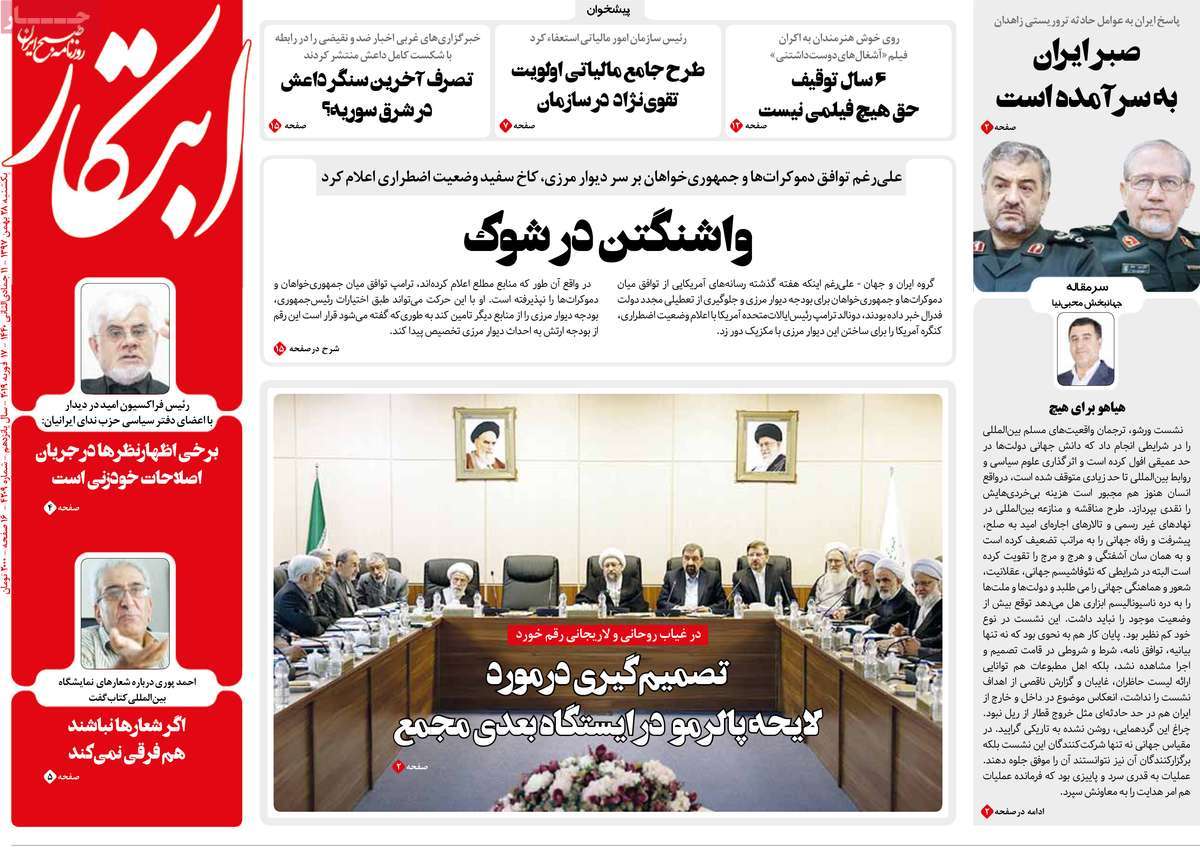 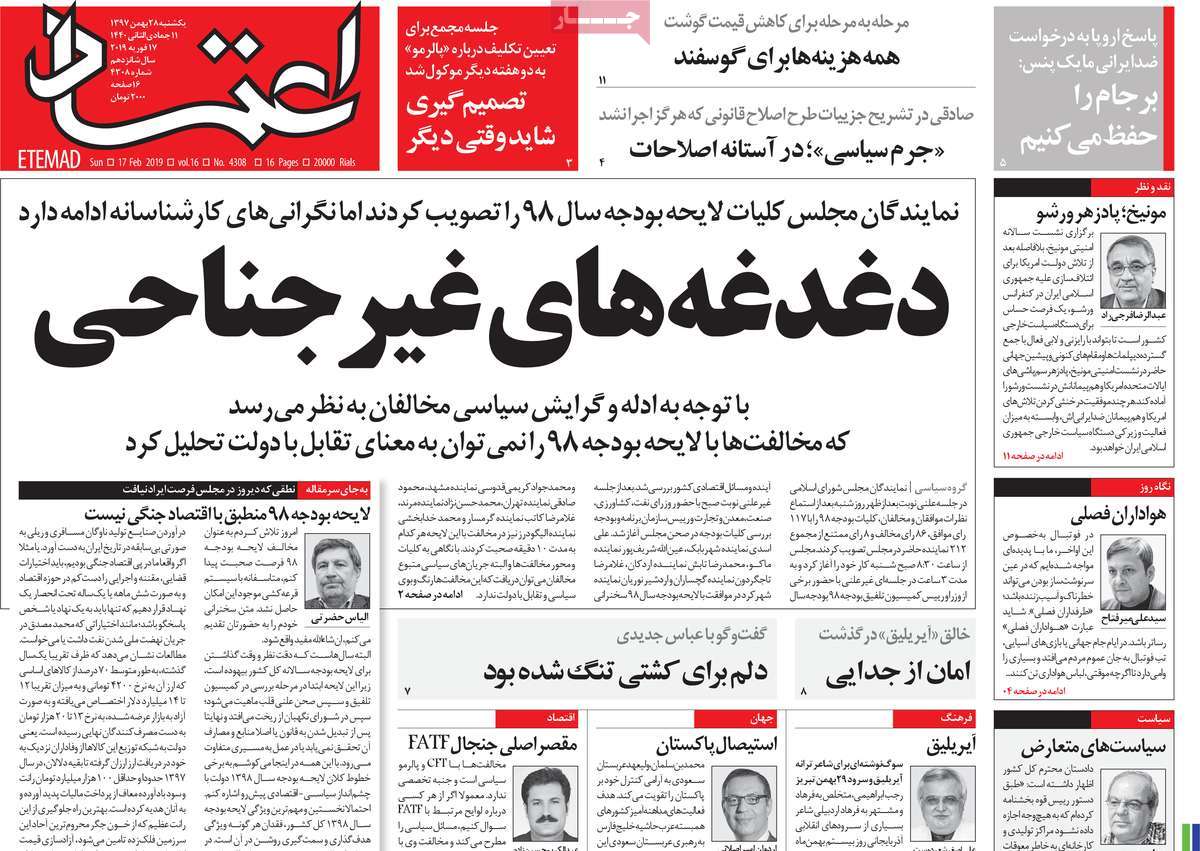 2- Nasrallah: Iran Too Strong that Likes of Netanyahu Cannot Wage War against It

3- Trump Declares National Emergency in US 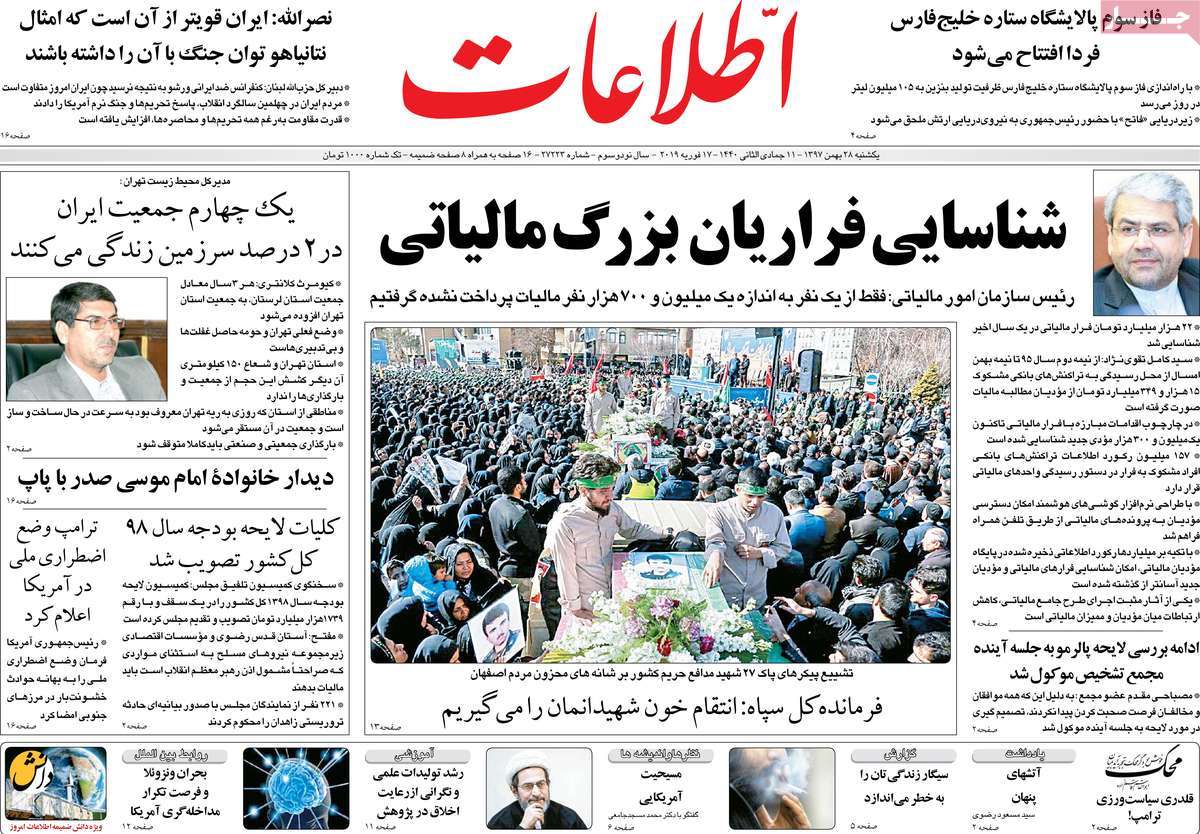 3- Pakistan Sets Conditions for Normalization of Ties with Israel

3- Merkel: Why Should We Tear Apart JCPOA; It’s a Means to Control Iran 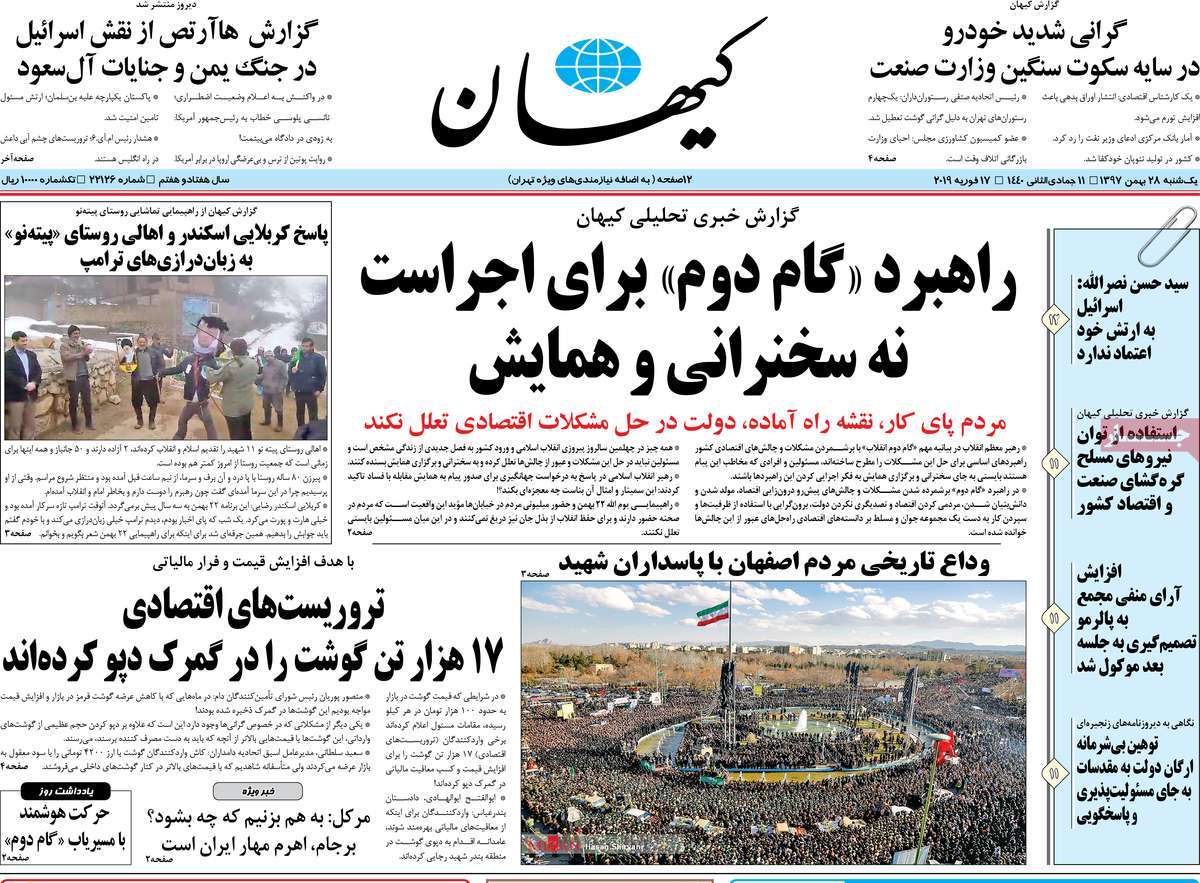 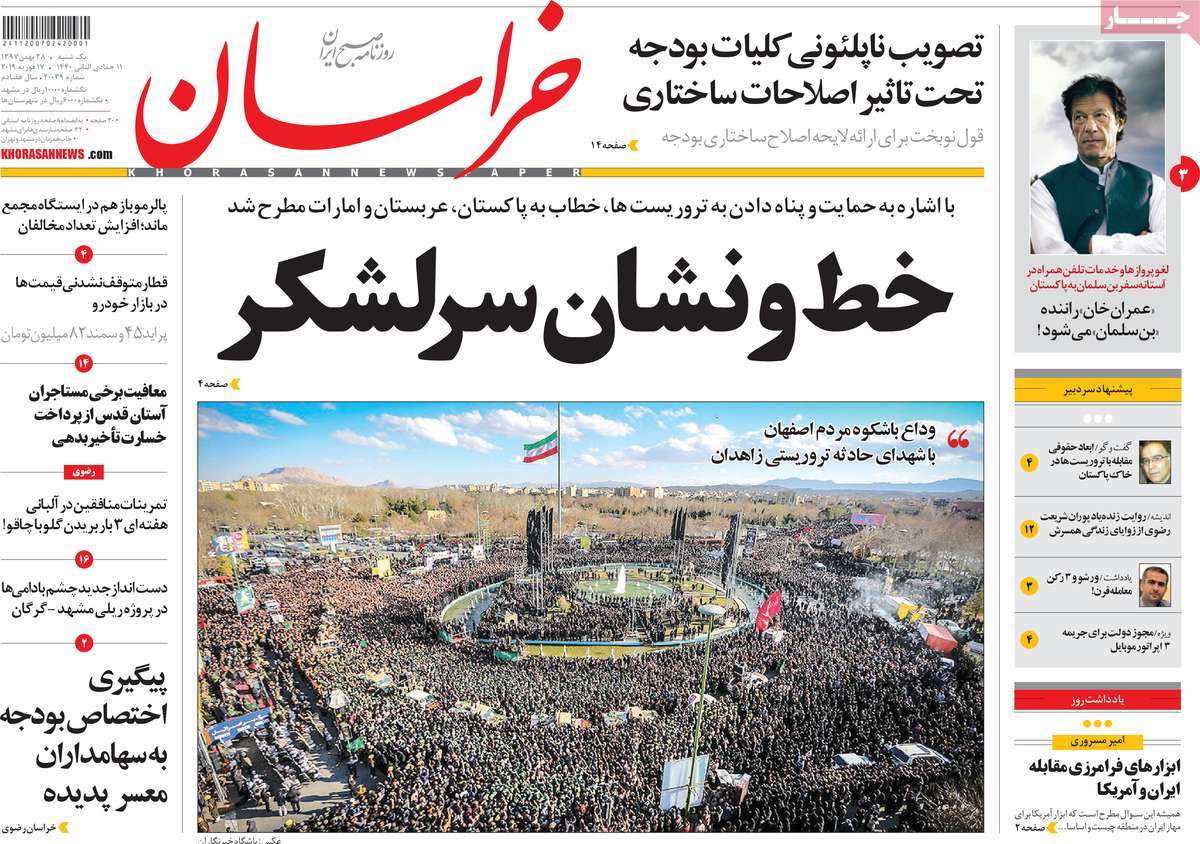 1- Controversy over JCPOA in Munich Conference: Europe, US Disagree over Iran 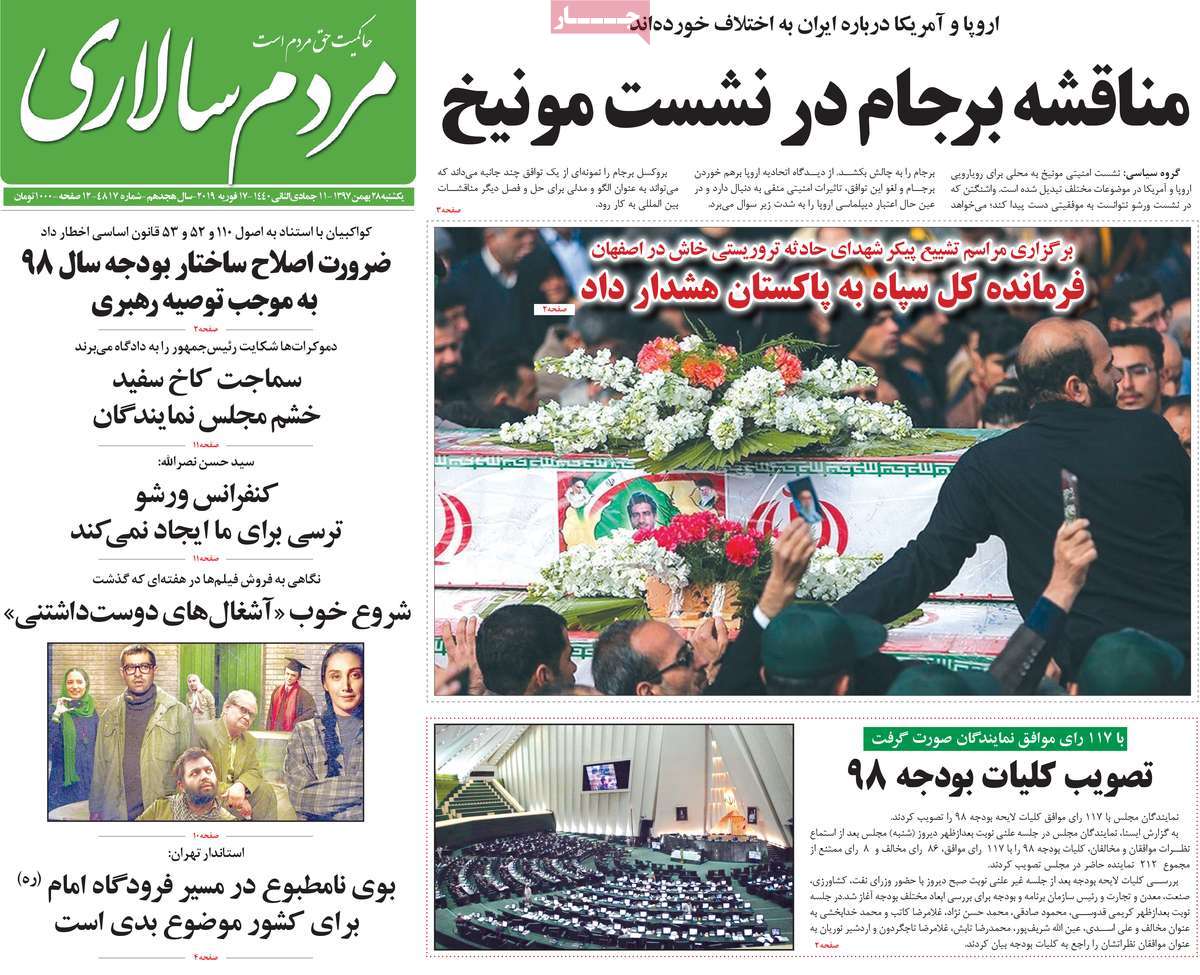 1- Trump to Get Divorce from Europe 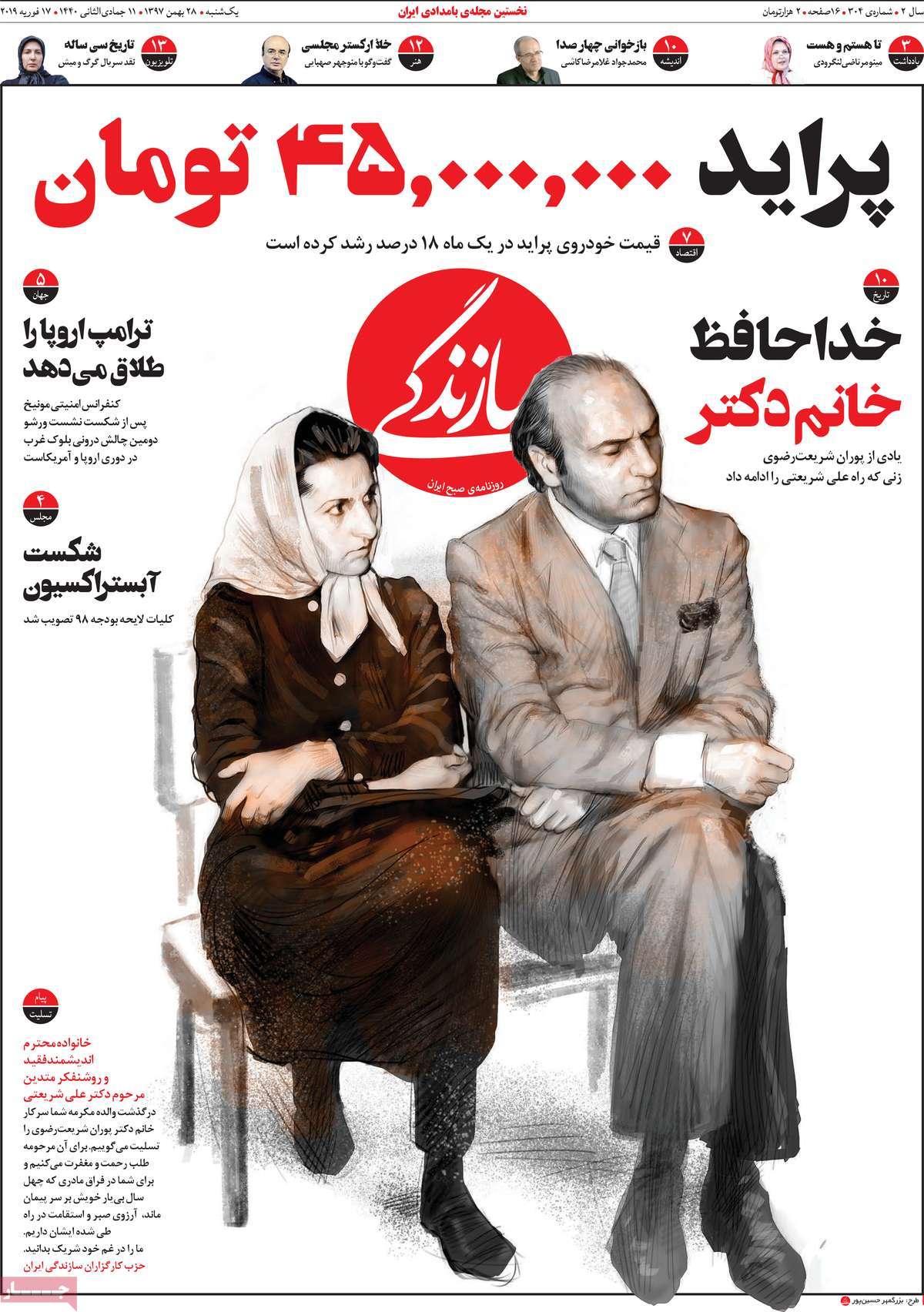 1- IRGC Chief-Commander: Give Us More Authority for Getting Revenge

3- Hysteria of Iranophobia in Warsaw [Editorial] 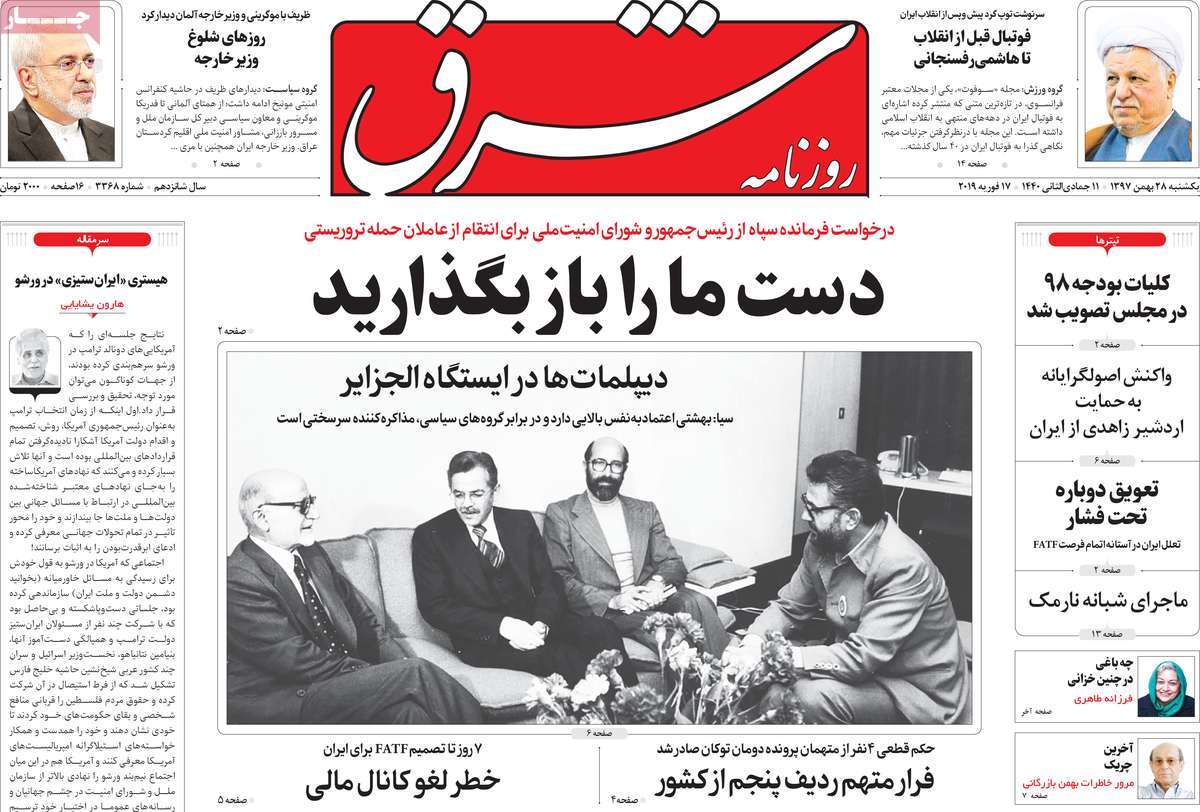 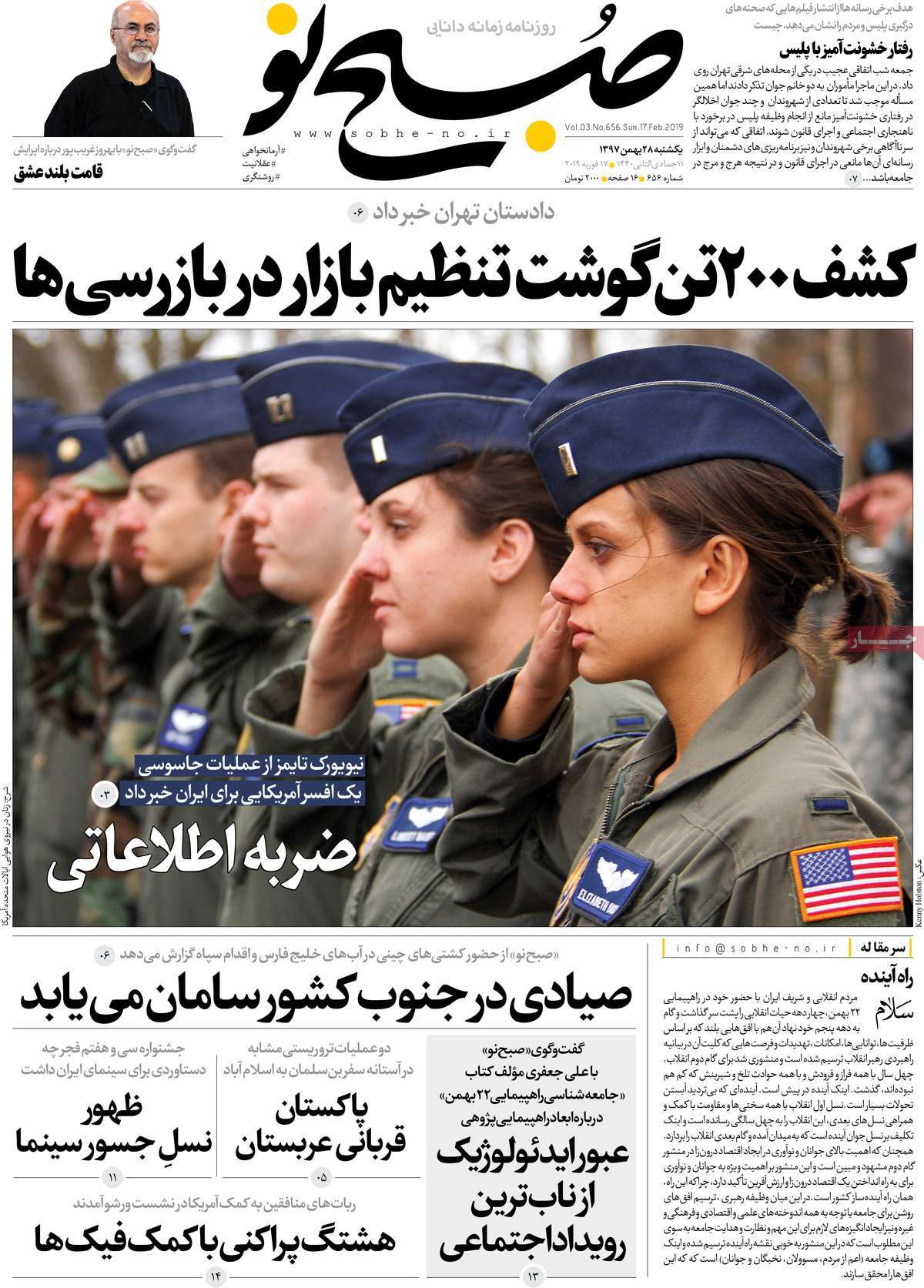 Benjamin Netanyahu, FATF, Terrorist attack on IRGC bus February 18, 2019
Iran’s food industry exports at 10% growth in nine months
Zarif to Europe: Time to get wet if you want to swim against US unilateralism