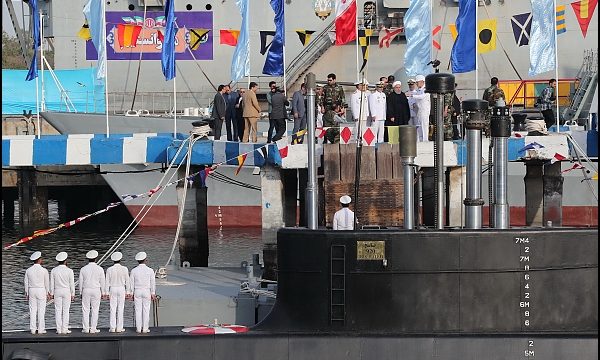 “It weighs 600 tonnes and enjoys state-of-the-art weaponry, including torpedoes, naval mines and cruise missiles that could be launched from a submerged position,” it said.

The ceremony took place in the southern port city of Bandar Lengeh.