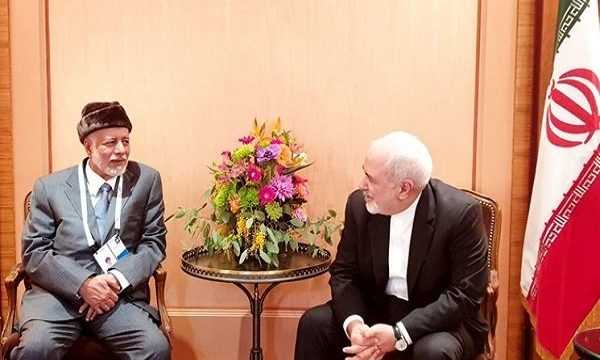 The top diplomats of Iran and Oman held a meeting on the sidelines of Munich Security Conference on Saturday to confer on bilateral relations as well as regional issues.

Also in Munich today , Zarif held a separate meeting with the Kyrgyz Republic Foreign Minister Chingiz Aidarbekov to discuss various issues, including expansion of bilateral relations in all fields, especially in the economic and cultural areas as well as international cooperation.

Zarif arrived in Germany on Friday to take part in the 55th Munich Security Conference. He has so far held talks with various diplomats and security officials of other countries on the sidelines of the event. Over 100 top-ranking political, security and international figures, including 35 heads of state, 50 foreign and 30 defense ministers are taking part in the conference.