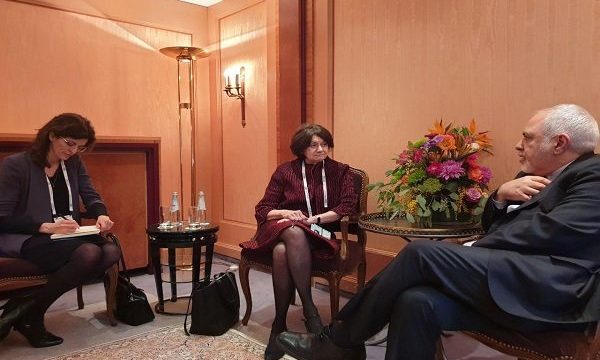 MNA – Iranian Foreign Minister Mohammad Javad Zarif met with UN Under-Secretary-General for Political Affairs DiCarlo on the sidelines of the 55th Munich Security Conference in the German city of Munich.

The Iranian top diplomat and the UN under-secretary discussed and exchanged views on Iran-United Nations cooperation, implementation of resolution 2231, the payment system that three major European countries recently announced for Iran to help the country get around US sanctions (INSTEX), as well as various international and regional issues, including the situation in Afghanistan, Yemen, Syria and Lebanon.

Over 100 top-ranking political, security and international figures, including 35 heads of state, 50 foreign and 30 defense ministers will take part the conference.