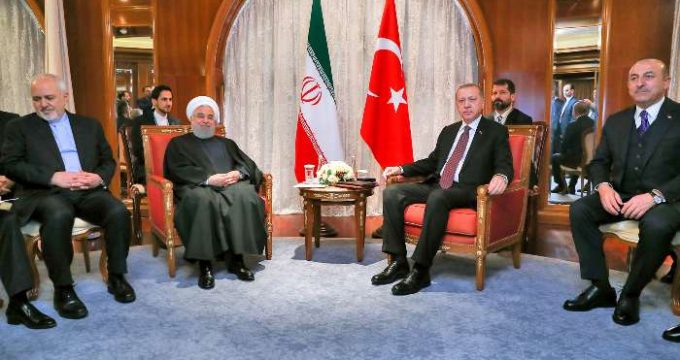 President.ir – President of the Islamic Republic of Iran met with the President of Turkey Recep Tayyip Erdoğan on Thursday on the sidelines of the tripartite Sochi summit, and described terrorism as one of the most important problems in the region that requires common combat.

Stating that Iran and Turkey are determined to fight terrorism and cooperate in this issue, Dr Hassan Rouhani said, “Unfortunately, terrorists groups in the region are being supported by foreign powers, especially the United States for years”.

On bilateral cooperation between Iran and Turkey, he said, “We hope that the obstacles on the way of implementing other agreements between the two countries would be removed”.

Cooperation between the two countries, especially between the private sectors is very good, he said, adding, “Deepening banking transactions is prerequisite to development of these ties”.

Iran is ready to develop relations with Turkey in energy, industry and transportation, said Rouhani, adding, “It is essential that the authorities of the joint commission of cooperation accelerate the process of implementing these agreements”.