A Look at Iranian Newspaper Front Pages on February 14

Iran Front Page – IFP has taken a look at the front pages of Iranian newspapers on Thursday, February 14, 2019, and picked headlines from 11 of them. IFP has simply translated the headlines and does not vouch for their accuracy.

The top story in today’s newspapers was an attack by Takiri terrorists on a bus carrying a group of Iranian border guards, which killed 27 and wounded 13 IRGC personnel.

The anti-Iran Warsaw Conference being held by the US in the Polish capital also remained a top story, with many papers highlighting its failure to create a consensus against Iran. 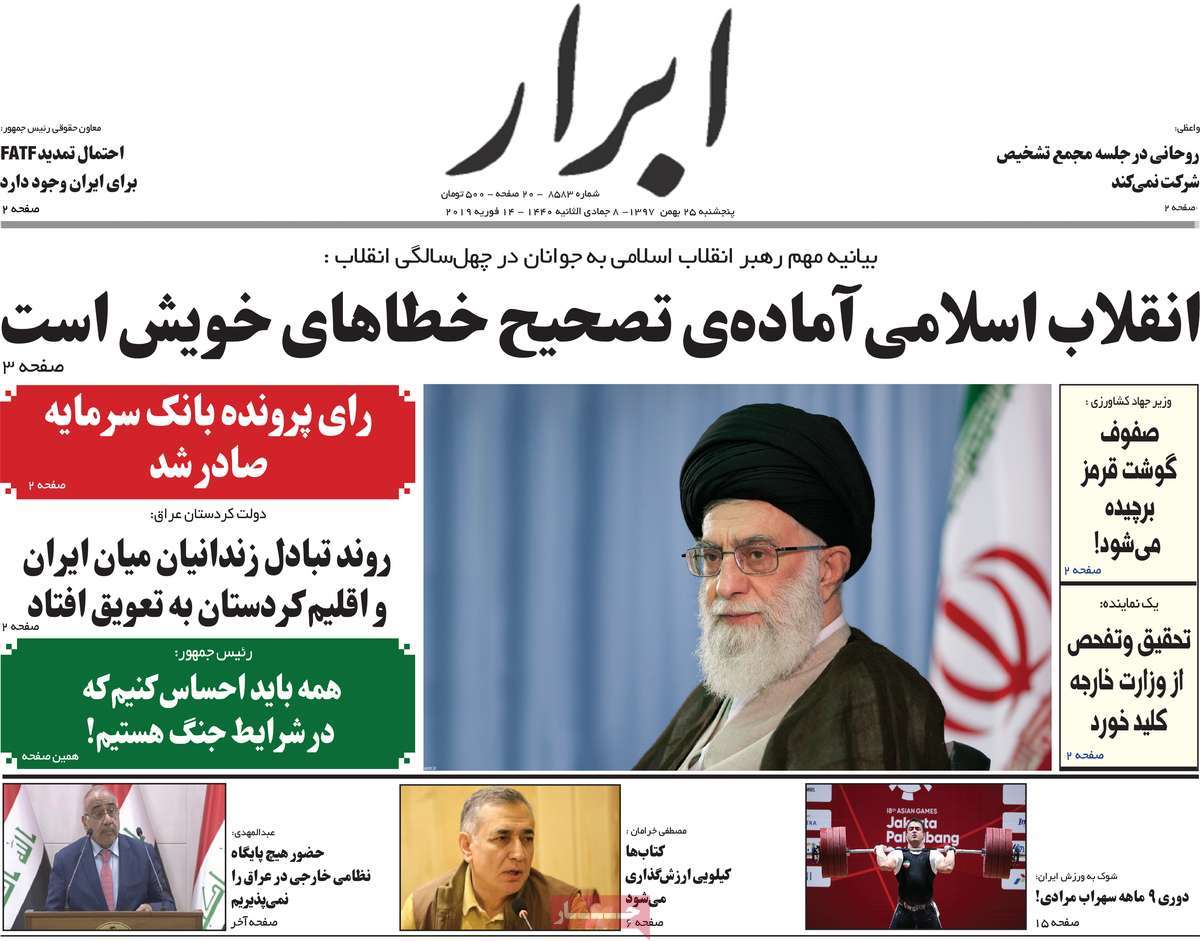 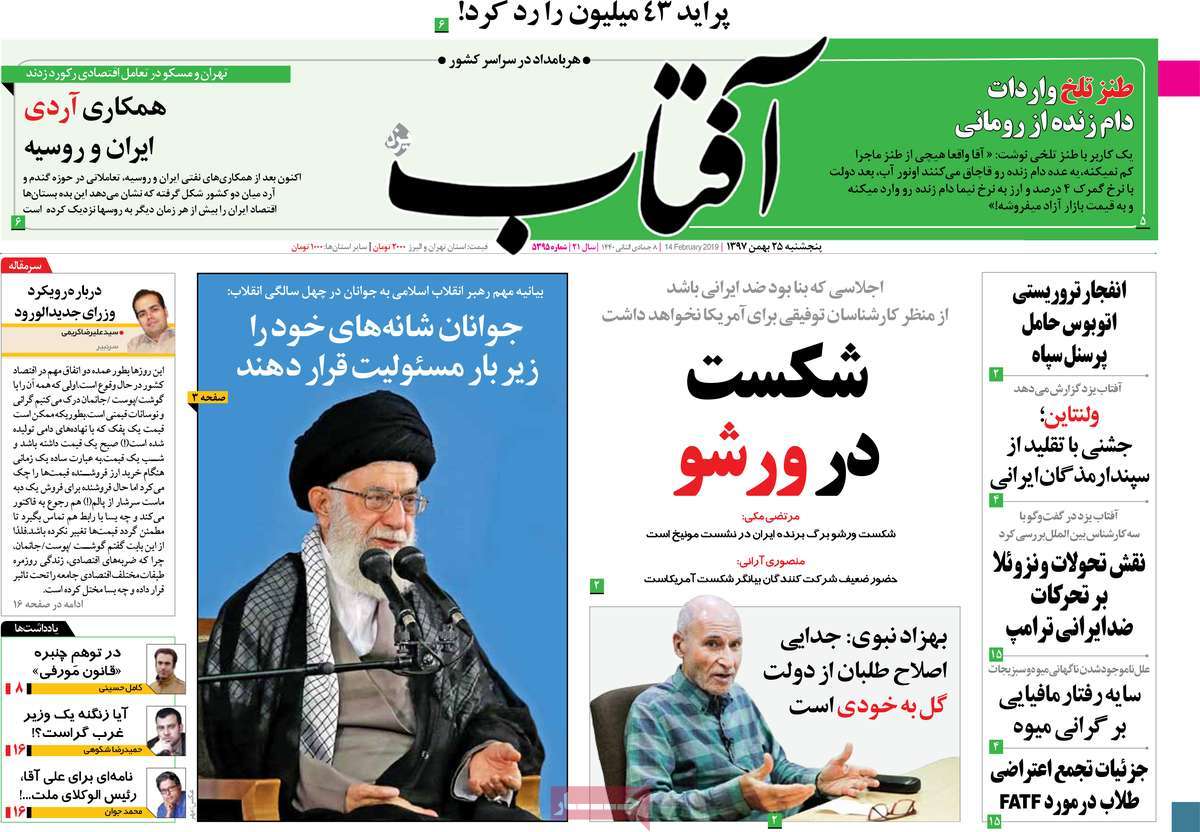 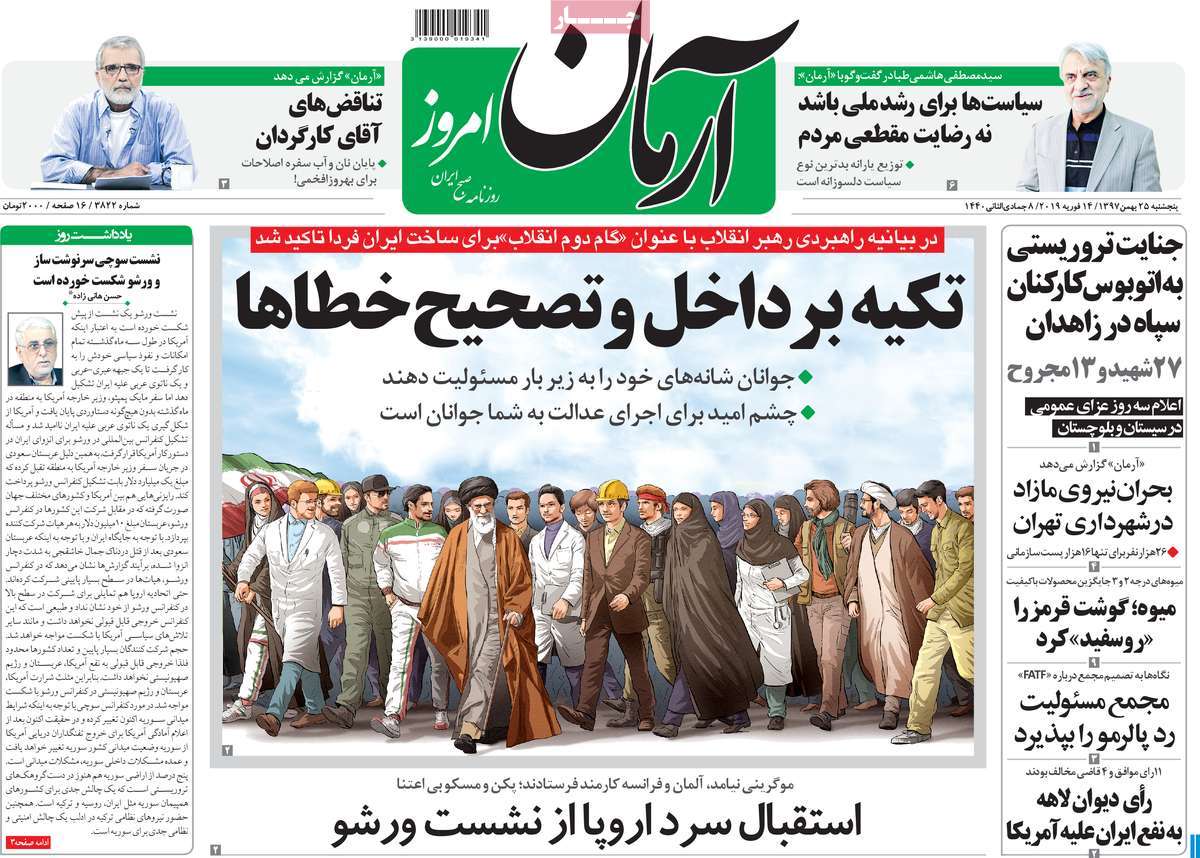 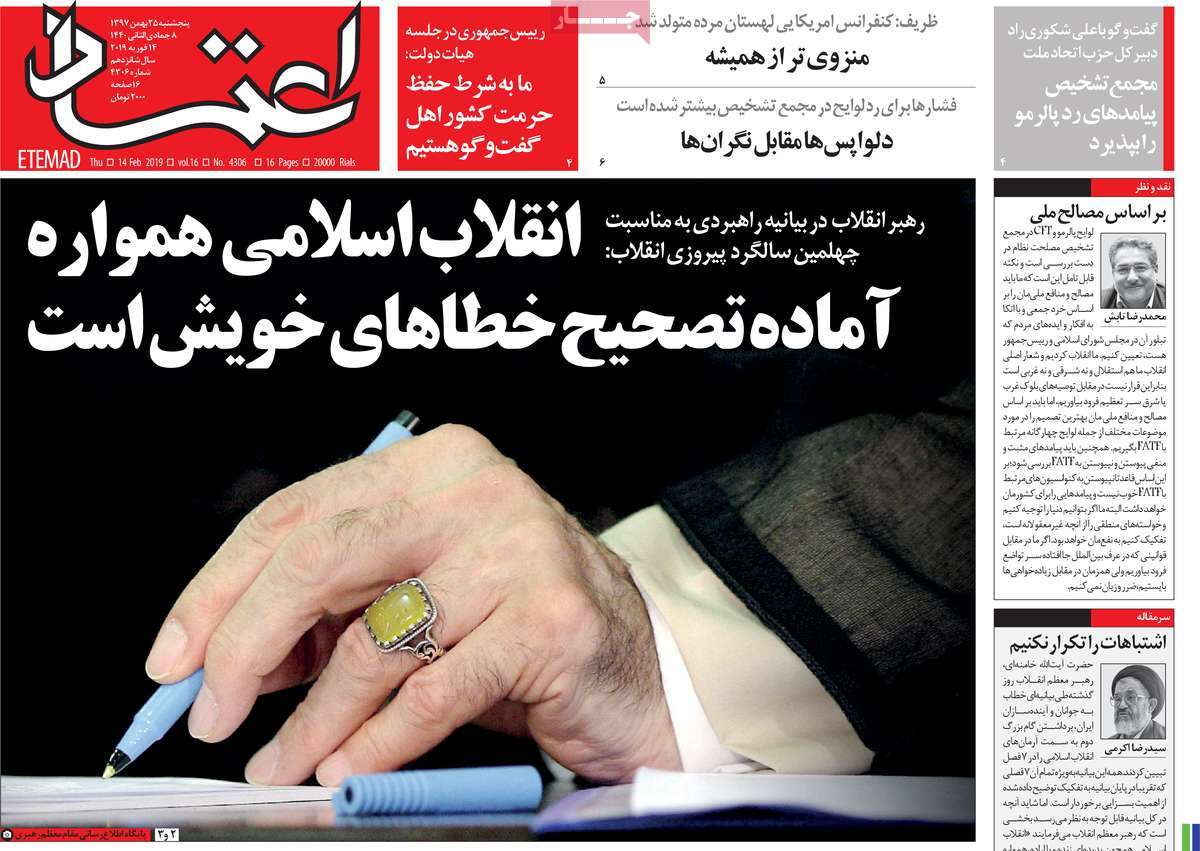 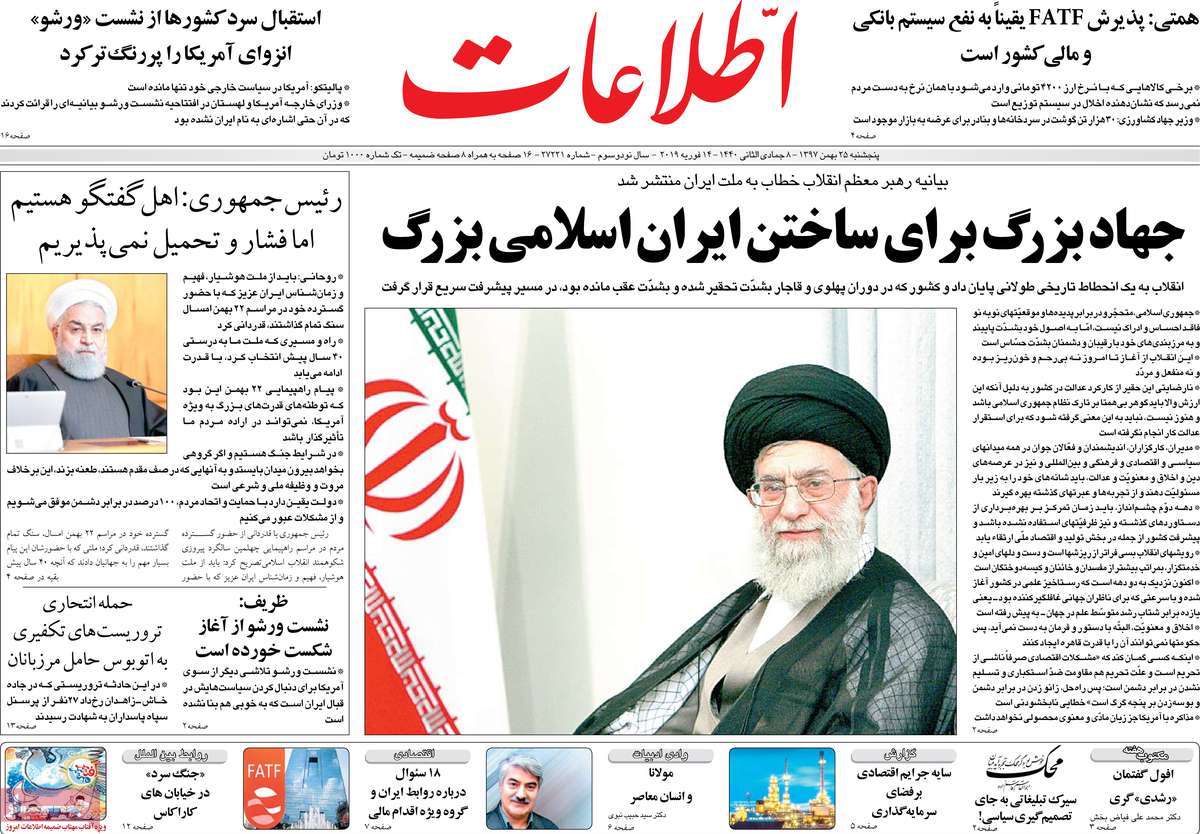 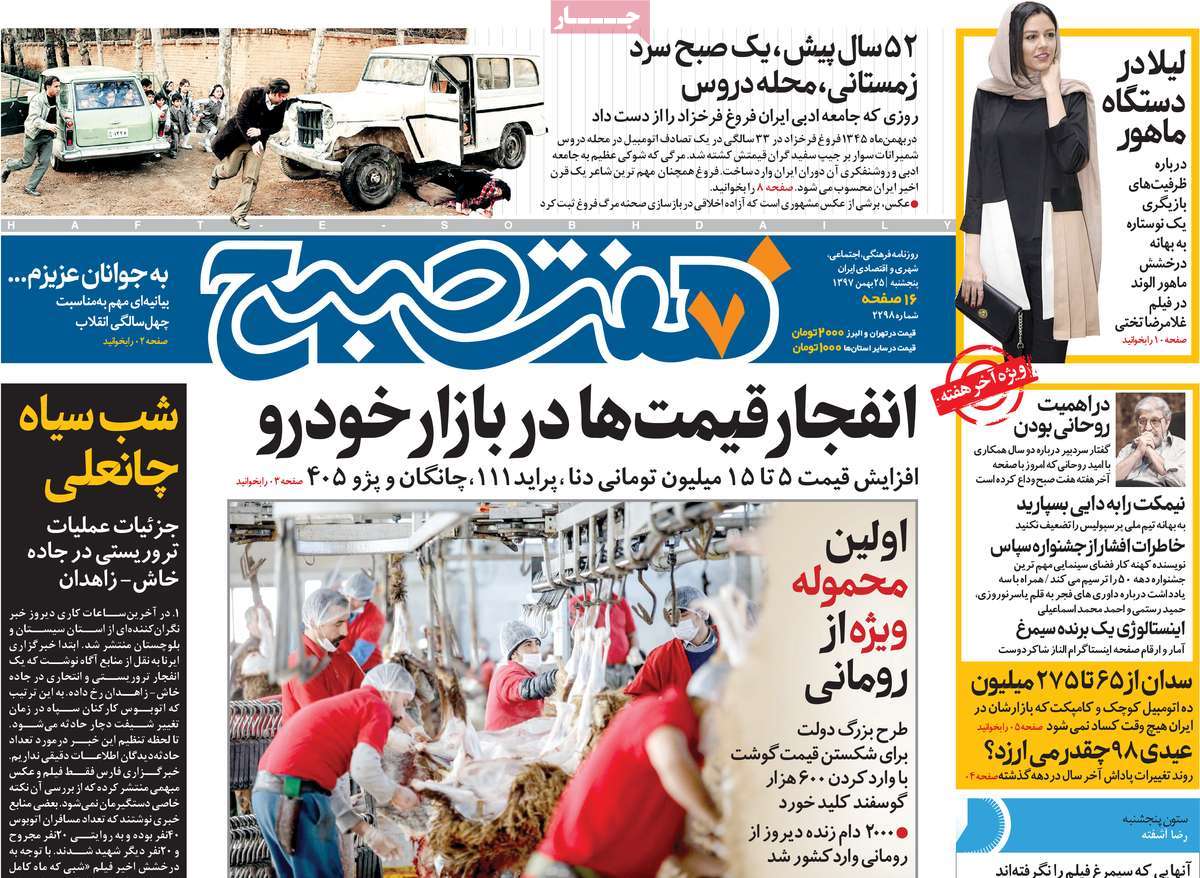 Jomhouri Eslami:
1- We Don’t Accept Presence of Any Foreign Base in Iraq: PM
2- No Mention of Iran in Opening of Warsaw Conference
3- Saudi Arabia Blacklisted by Europe 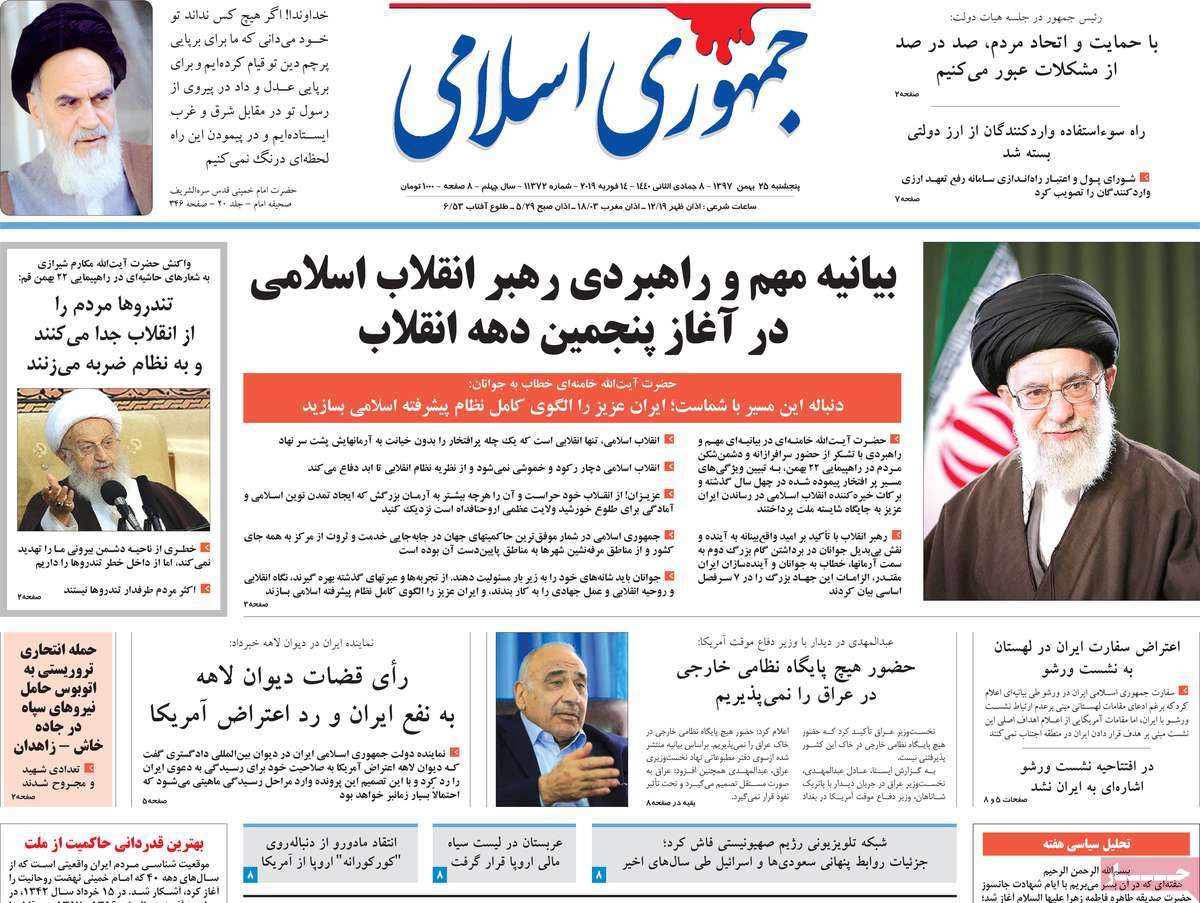 Kayhan:
1- All Solution Inside the Country: Iran Leader
2- Rouhani: We Should All Believe We’re in War Conditions
3- Crime in Zahedan-Khash Road 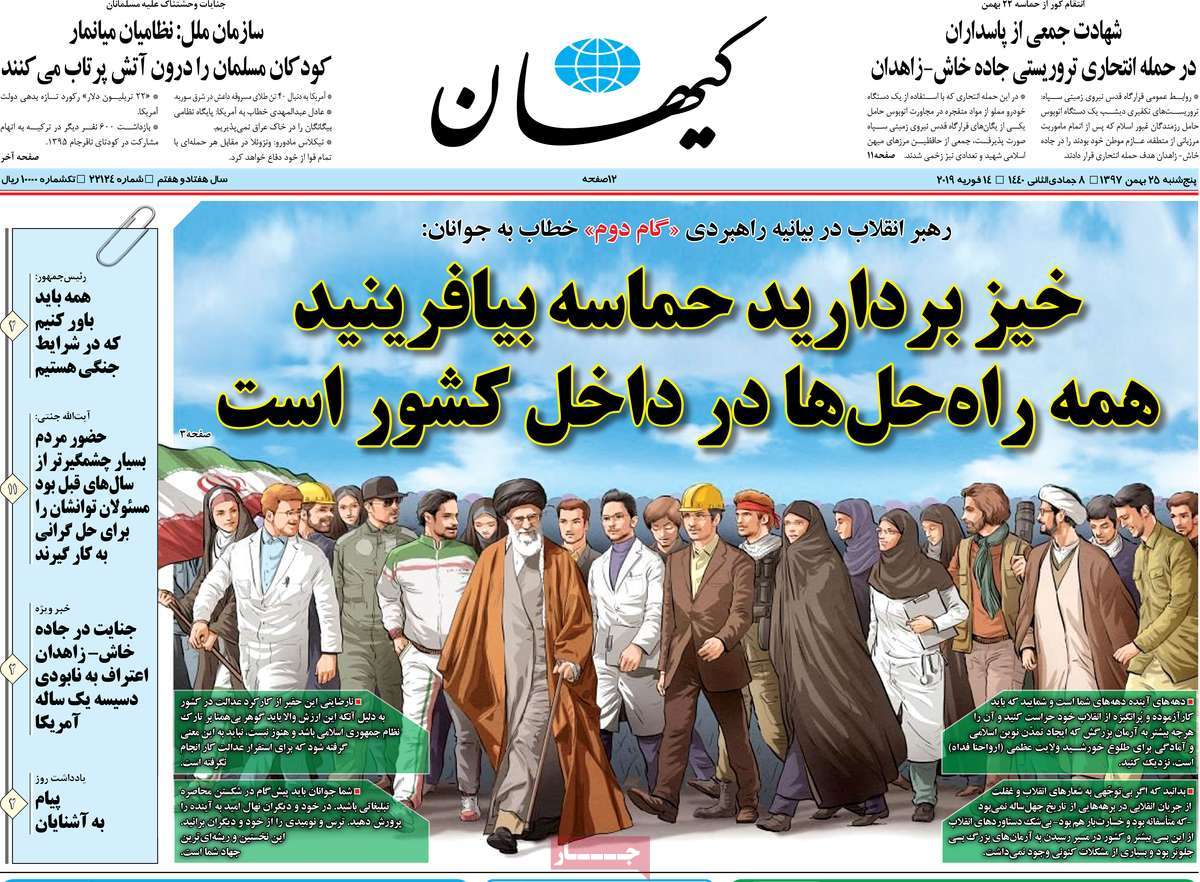 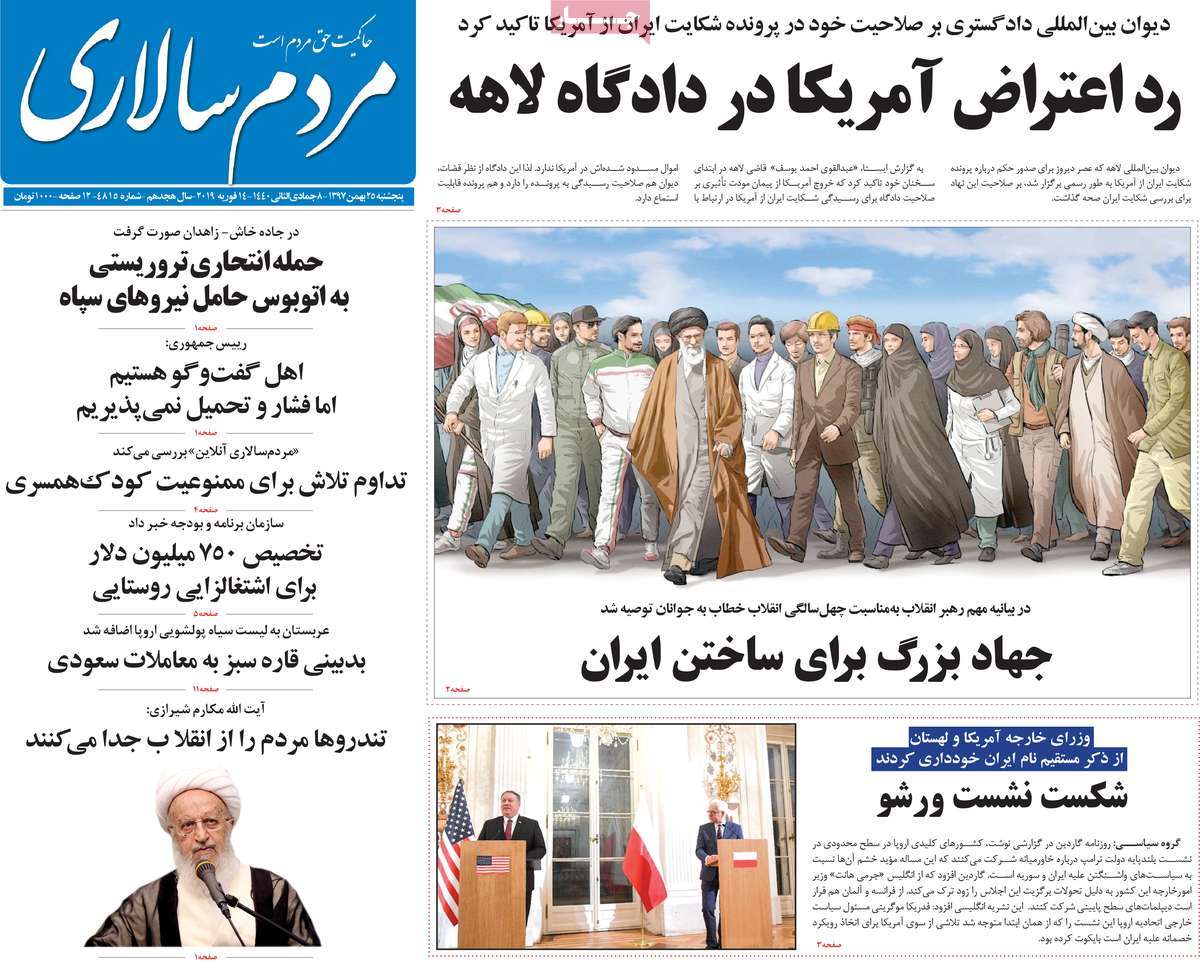 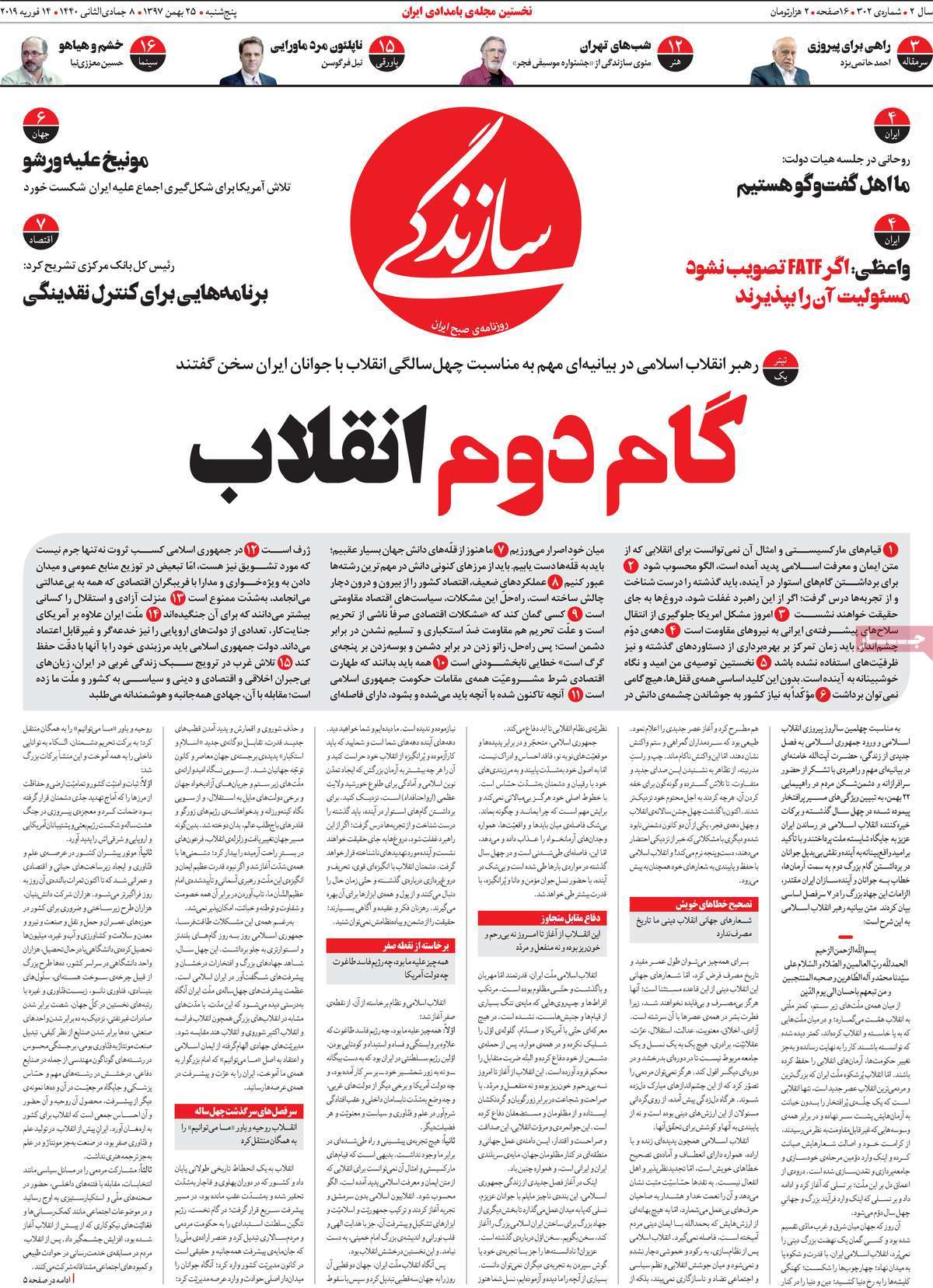 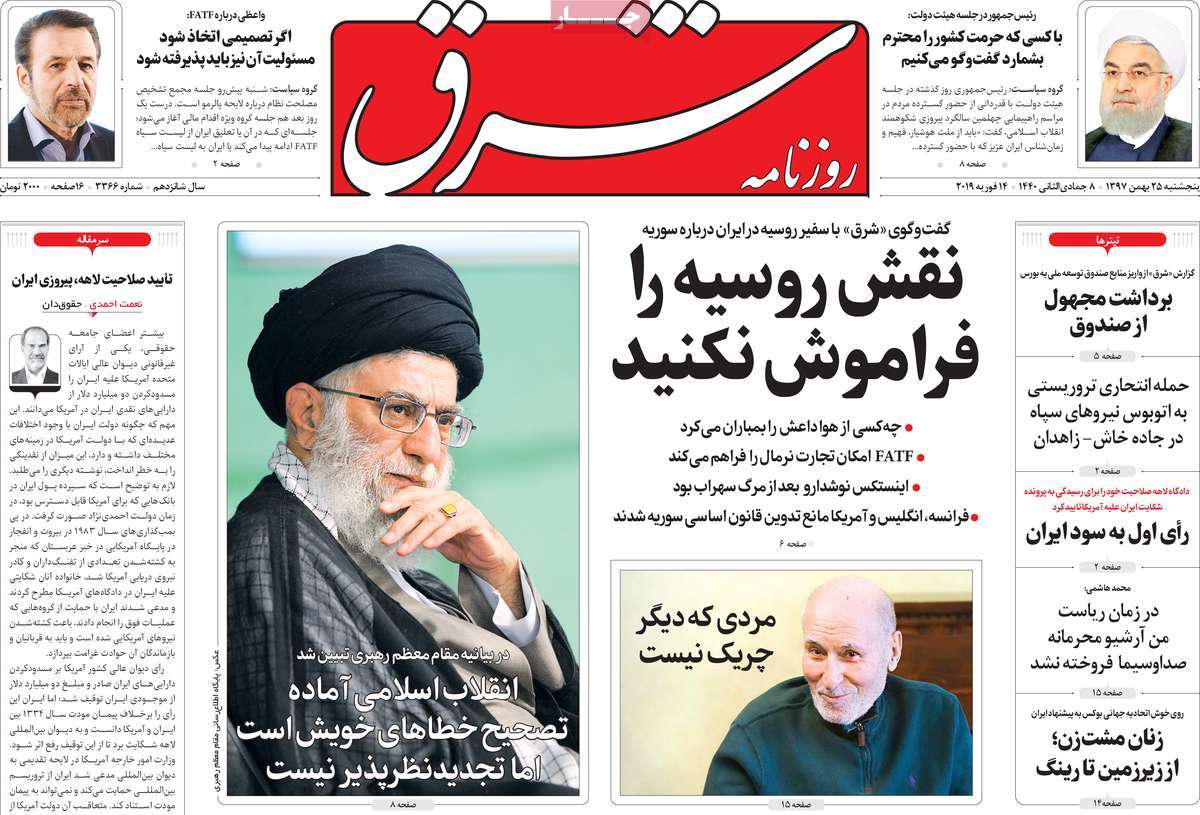