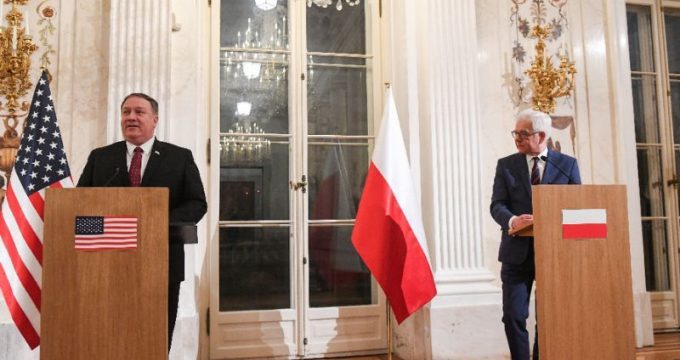 IRNA – The Polish Foreign Minister Jacek Czaputowicz said his country and the United States have different stances on Iran nuclear deal known as the Joint Comprehensive Plan of Action (JCPOA).

Addressing a press conference with US Secretary of State Mike Pompeo, Czaputowicz said, ‘ the EU and the U.S. share their assessment when it comes to the threat posed by the situation in the Middle East. Of course there are differences when it comes to potential solutions.’

‘Poland is a part of the EU and hence we are of the opinion and we accept the policy of JCPOA, the nuclear treaty with Iran,’ US Department of State quoted Czaputowicz as saying.

He added ‘we consider this to be a valuable element of – on the international arena.

‘The US have a different opinion,’ he reiterated.

It is worth mentioning that Pompeo is in Poland to attend Warsaw Summit which is slated to get underway today.

US Secretary of State earlier said that the meeting would be aimed to discuss Iran’s activities in the region but then he changed its objective into Middle East-related summit when he faced reaction from various countries especially European ones.

Based on the reports, Kushner will present US plan to establish peace among Israel and Palestine.