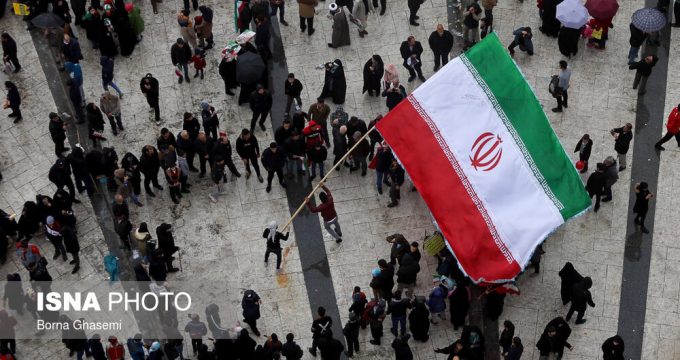 Tasnim – Iranian people attending countrywide demonstrations in celebration of the 40th anniversary of victory of the Islamic Revolution slammed the US as the very epitome of evil and violence, calling on the Iranian officials to keep boosting the country’s defense and missile power.

In a final declaration after holding mass rallies in Iran’s capital of Tehran and other cities on Monday, demonstrators reaffirmed commitment to supporting the Islamic Republic Establishment as a “mighty political system”.

The statement also denounced the US government as the embodiment of evil, violence, cruelty, crisis-making and warmongering in the world, urging the Iranian officials to learn lessons from the negotiations that resulted in the 2015 nuclear deal (JCPOA), not forget the Great Satan’s violation of commitments over the past four decades, not trust the Western pledges, and to decisively counter the “European countries’ brazen demands”.

It also stressed the need for a continuous advance in Iran’s defense and missile power and the deterrent strategies, calling for a boost to the country’s peaceful nuclear activities.