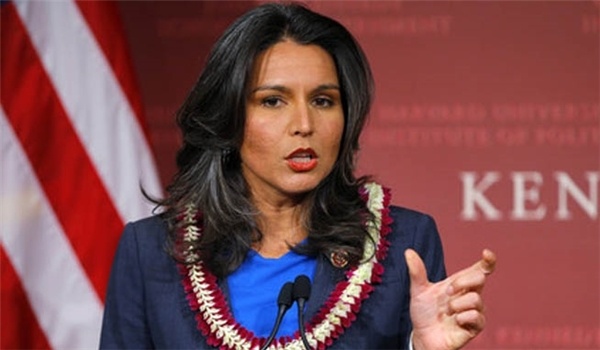 “Trump says he is going to focus on counter-terrorism while simultaneously supporting/helping al-Qaeda and partnering with the Saudis, the actual leading state sponsors of terror, who spread the extremist ideology that fuels the likes of ISIS (ISIL) and al-Qaeda,” Gabbard wrote on his Twitter account while referring to a recent report by CNN on Saudi Arabia’s support for terrorist groups, specially al-Qaeda.

A new report by CNN found that Saudi Arabia gave US-made weapons to al-Qaeda-linked fighters in Yemen, in violation of a US-Saudi arms deal.

It noted that Saudi Arabia and the United Arab Emirates are using the weapons to buy the loyalties of various militias or tribes and gain influence in Yemen’s political landscape.

A US defense official confirmed to CNN there is an ongoing investigation into the matter.