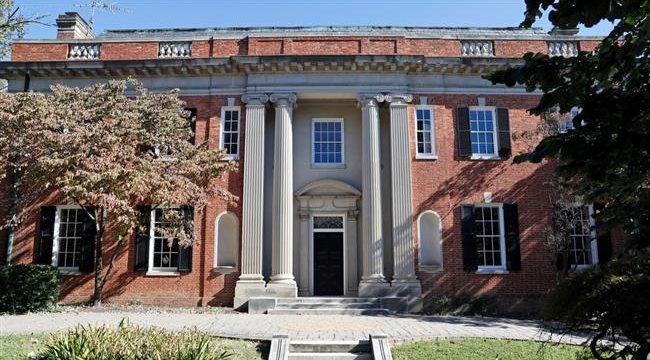 Iran marks 40th anniversary in US much to Bolton’s dismay

Press TV – Iran’s de facto consul in Washington has hosted a reception to mark the 40th anniversary of the country’s 1979 revolution which overthrew the monarchy of the US-backed Pahlavi regime in Iran.

Around 100 people including diplomats, analysts and journalists attended the annual gathering which took place on Friday.

The director of the Iran Special Interests Section told Reuters that compared to last year, there were more foreign dignitaries at this year’s event.

Their attendance, he said, signaled support for Iran’s decision to remain in the Iran nuclear deal, formally known as the Joint Comprehensive Plan of Action (JCPOA), irrespective of the unilateral US pullout.

“We told them that that we’re going to stay in the agreement until the end,” Mehdi Atefat said, referring to the diplomats he had spoken to. “Because Iran proved that whatever international agreement is there, we have to stick to the agreement.”

The marking of the Islamic Revolution’s anniversary in the US carries special significance after Bolton said in 2017 that “the Ayatollah Khomeini’s 1979 revolution will not last until its 40th birthday.”

“The outcome of the president’s policy review should be to determine that the Ayatollah Khomeini’s 1979 revolution will not last until its 40th birthday. And that’s why, before 2019, we here will celebrate in Tehran!” he told a terrorist MKO convention in Paris.

Atefat said Trump’s rhetoric against Iran was futile and that there would not be progress between the two sides as long as the US president used hostile language.

“I don’t think there would be any progress between Iran and United States as long as this kind of language with Mr. Trump’s administration is coming out,” he told Reuters.

Regarding Washington’s approach towards Iran, former Virginia liberal Democratic lawmaker Jim Moran who was in attendance at the annual event shared the same attitude as Atefat.

Moran who was in Congress for over 23 years said, “The Trump administration has pushed us in the wrong direction because the Iranians are not transactional people but they could be transformational in terms of the Middle East.”

“If there’s any real hope for sustainable peace in the Middle East, Iran is going to play a key role,” he said.

A former Iranian foreign minister and ambassador to the United States from the Shah-era also shared his thoughts on the anniversary of the Islamic Revolution from his home in Montreux, Switzerland.

Ardeshir Zahedi, now 90, commented on the state of Iran today, in particular increases in levels of education driving women’s empowerment.

“I am proud to say that because that is my country and this is in last 40 years coming up,” he told AFP.

Zahedi said he respected the current government “because they work with a logic. And when I hear them, I praise them.”

Commenting on the strength of anti-revolutionary groups outside of Iran in favor of regime change, Zahedi dismissed their plans as “wishful thinking.”

“Where do they get their money? Who is going to support them? How much of the army do they have in their hand? It is not easy to just walk into Iran like this,” he said.

‘The Iran of today has an army, has police, all of things you use to have it. How they are going to go? They will go by special jet?” he added.

He called those pushing for a regime change Iran, including Reza Pahlavi, the son of the last Shah of Iran, and MKO leaders, as traitors.

“I know many of them [anti-revolutionary groups living outside of Iran] are kind of in a way corrupt, I can call them. They receive money from the foreigner, work against their own people, I would call them traitors.”