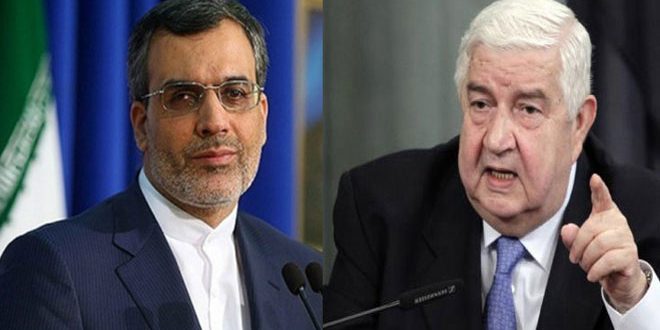 Ansari briefed al-Moallem on the details of the underway preparations for the trilateral summit of the guarantor states of Astana process which is scheduled to be held in Sochi in mid-February, Syrian News Agency (SANA) reported.

Ansari reviewed the talks which the Iranian side has recently held on the situation in Syria and the region with the UN Special Envoy for Syria and with some other regional parties.

The two sides agreed on the importance of coordination between Iran and Syria in the coming period.

The meeting was attended by the delegation accompanying al-Moallem on his visit to Tehran and Head of the Special Department for Middle East and North Africa at Iran’s Foreign Ministry Hamidreza Dehghani.