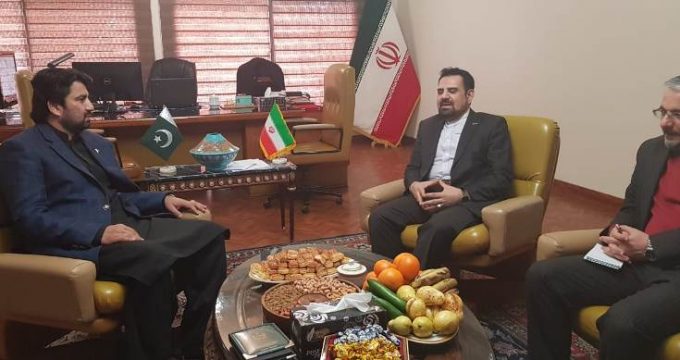 IRNA – Deputy Speaker of Pakistan’s National Assembly Qasim Khan Suri has said that Iran and Pakistan need to make collective efforts to overcome challenges for restoration of peace at both ends of the border.

The Deputy Speaker made the remarks during a meeting with Iranian Consul General Mohammad Rafiee in south western city of Quetta.

He said Iran-Pakistan ties are mutually beneficial for both states, as they have suffered many ups and downs in the economic and political course of history, along with the menace of terrorism.

He said that people of the Iranian Sistan-Baluchestan and Pakistan’s Balochistan share a common ground.

He further said that Pakistani government is providing full security to pilgrims, who travel to Iran for religious purposes.

“In the past, both countries were confronted with terrorism and extremism, but now the circumstances are different, law and order situation has been improved at both sides of the border”, he said.

Iranian Consul General on this occasion expressed hope that new Pakistani government would take measures for refurbishing Iran-Pakistan ties, and will also promote trade between the two countries.

He further said that the two countries had already signed several trade covenants but unfortunately they were not implemented in true sense.

He said that Pakistan and Iran need to develop free banking system. He added both the states share intermingled historical, cultural and religious bonds and their ties are crucial for economic and regional prosperity.