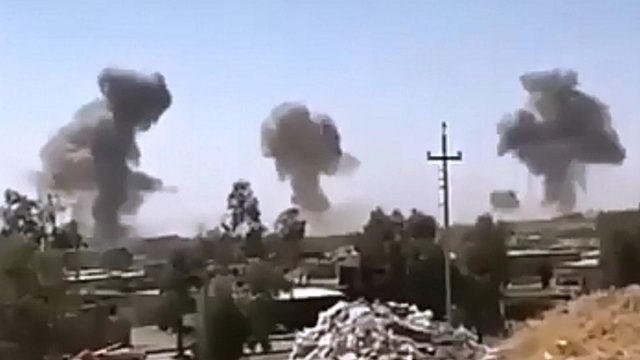 Press TV – At least nine Iranian pilgrims have been wounded after their bus came under a terrorist attack in Iraq’s northern province of Salahuddin, according to Iraqi media.

The bus was targeted by gunmen on a road south of the town of Balad, some 50 kilometers north of Baghdad, on its way to a Shia shrine on Sunday, reports said.

Morteza Aqaei, director general of Iran’s Hajj and Pilgrimage Organization, confirmed the news, saying the pilgrims were targeted by terrorists who opened fire on the bus.

Seven people have been transferred to a local hospital in the city of Balad and the rest to Kadhimiya hospital, he said, adding three of them were in critical condition.

According to Aqaei, an Iraqi assistant driver was also among the wounded. The pilgrims, he said, hail from the city of Parsabad Moghan in the northwestern Ardabil province.

Iraq’s Arabic-language al-Sumeria reported that a roadside bomb had hit the bus.

There were no immediate claims of responsibility for the attack, but such assaults bear the hallmark of the Daesh terrorist group.

Former Iraqi Prime Minister Haider al-Abadi declared the end of military operations against Daesh in the Arab country on December 9, 2017.

However, Daesh remnants have been hiding in deserts and rugged mountains, from where they occasionally carry out hit and run attacks against security forces and civilians.

Daesh began a terror campaign in Iraq in 2014, overrunning vast swathes in lightning attacks before being driven out by Iraqi armed forces and volunteer paramilitary groups three years later.