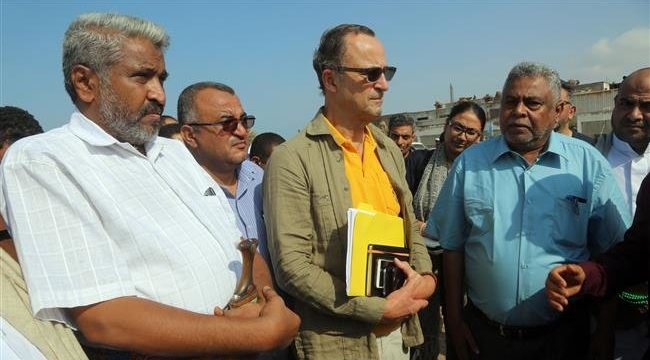 Press TV – A United Nations-appointed committee tasked with monitoring a ceasefire in the Yemeni city of Hudaydah has started its new meeting aboard a ship anchored off the key port city because representatives of forces running Yemen have refused to enter areas controlled by Saudi-led aggressor forces.

According to a UN statement, Cammaert boarded the vessel on Saturday and picked up representatives of the former regime at a rendezvous in the Red Sea before returning to Hudaydah to await Houthi envoys, who arrived later on Sunday.

RCC meetings have so far been held on Houthi-held territory in Yemen. The latest meeting, which is the third, is now being held on the vessel because the Houthis have refused to attend any gathering on territory controlled by Saudi-led forces, who have invaded Yemen in support of the former regime.

Saudi Arabia and some of its vassal states invaded Yemen four years ago to restore a Riyadh-aligned regime that had resigned and fled the country. The Houthis and their allies — who have since been running state affairs — have been defending the country against the Saudi-led invasion.

The onslaught has killed tens of thousands of people and driven the entire Yemen close to the edge of famine.

The RCC was formed on the back of an agreement reached under the auspices of the UN in Sweden last December.

The breakthrough deal calls for a ceasefire in Hudaydah — which has been under a Saudi-led siege — the withdrawal of both Saudi-backed forces and the Yemeni defense units from the city, and the deployment of UN observers there.

The warring sides disagree over who should control Hudaydah once combat forces withdraw.

The Houthis also say the other side has repeatedly violated the truce agreement.

A former regime official anonymously told AFP that the meeting on the ship would address the implementation of the Sweden agreement.