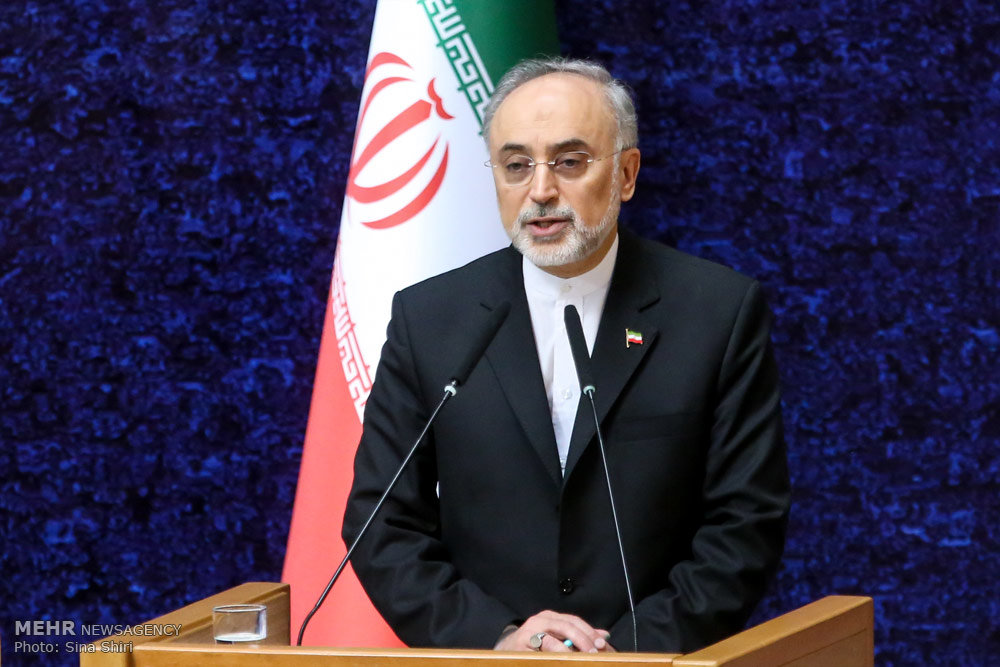 MNA – Head of the Atomic Energy Organization of Iran (AEOI) said that Iran is ready to design and construct light-water research reactors for the neighboring countries.

“We can now design research reactors,” Ali Akbar Salehi told reporters Saturday on the sideline of the Islamic Revolution and Sacred Defense achievements Exhibition in Tehran. “If neighboring countries are interested in having light water research reactors, we can design and provide them with that and also train them so that they can produce their required radiopharmaceuticals.”

The greatest achievement of Iran’s nuclear industry is that Iranian experts have been equipped with nuclear science and are taking massive steps in both exploration and exploitation of uranium, he highlighted.

Elsewhere, Salehi described the registration of INSTEX by European signatories of Joint Comprehensive Plan of Action (JCPOA) as a positive step, highlighting that “of course this is not the final step.” Hoping that European countries would increase their speed in this route, he added, “we expect them to take final steps.”

Iran nuclear chief also maintained that good nuclear cooperation are underway between Iran and EU, adding that European countries have promised to provide €20m to build in here ‘the best nuclear safety center in West Asia’.