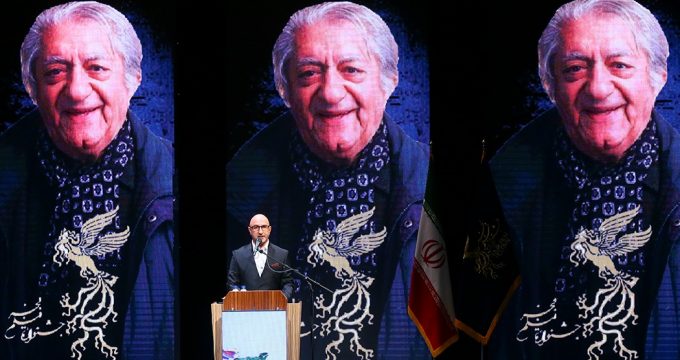 The 37th edition of Iran’s Fajr Film Festival, the Islamic Republic’s most prestigious cinematic event, has been officially inaugurated in the capital city of Tehran late on Tuesday.

The opening ceremony of this year’s ten-day festival was held in the Complex of Pardis Theater of Tehran on with Iran’s Minister of Culture and Islamic Guidance, Seyed Abbas Salehi, in attendance.

Moreover, dozens of Iran’s notable actors and actresses of different generations were present in the ceremony, which was hosted by journalist, director, and producer Mansour Zabetian.

According to Director of this edition of the Fajr Film Festival Ebrahim Darouqezadeh, 22 Iranian films and three domestically-made 3D computer-animated movies will contest to win the Crystal Simorgh (or the Crystal Phoenix) in this competition.

He added that on February 2 there would be a special ceremony with all those who have been awarded with the Crystal Simorgh in the past 37 years.

The national section of the event, which brings together motion picture industry professionals from across the country, is held in January and February during the celebrations to mark the anniversary of Iran’s Islamic Revolution.

In the international section, annually held in February and April, hundreds of filmmakers from around the world apply to take part in the major contest.

Iranian cinema has made great progress in the past 40 years since the victory of the Islamic Revolution in 1979, to that extent that many Iranian films bring home numerous international awards every year and Iranian directors and their films are well known in all cultural venues across the globe.