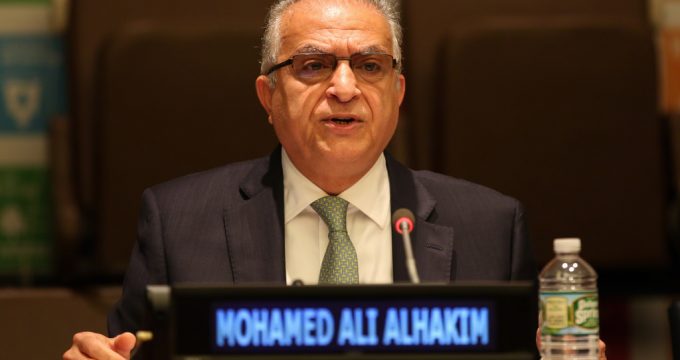 Tasnim – Iraqi Foreign Minister Mohamed Ali Alhakim said his country will never take part in any alliance against neighboring Iran, stressing that Iraq will definitely turn down an invitation from the US to attend an upcoming anti-Iran conference in Poland.

In an interview with Al Arabiya TV on Saturday, Alhakim voiced Baghdad’s strong opposition to any coalition or movement against Tehran.

Asked about Iraq’s stance on the anti-Iran conference that Poland is going to co-organize with the US in Warsaw next month, the foreign minister said Iraq’s policy is quite clear and his country is opposed to taking part in any coalition against neighboring Iran.

Alhakim said Baghdad has not received an invitation from the US to attend the Warsaw meeting, but will certainly decline such an invitation if it gets one.

“We will not take part in such meetings, because we believe they are not in the interests of Iraq and the region,” he underlined.

US Secretary of State Mike Pompeo has announced that the meeting would “focus on Middle East stability and peace and freedom and security here in this region, and that includes an important element of making sure that Iran is not a destabilizing influence.”

Zarif has also reminded Poland of the favor that Iran has done the Polish during the second world war, noting, “Polish government can’t wash the shame: while Iran saved Poles in WWII, it now hosts desperate anti-Iran circus.”