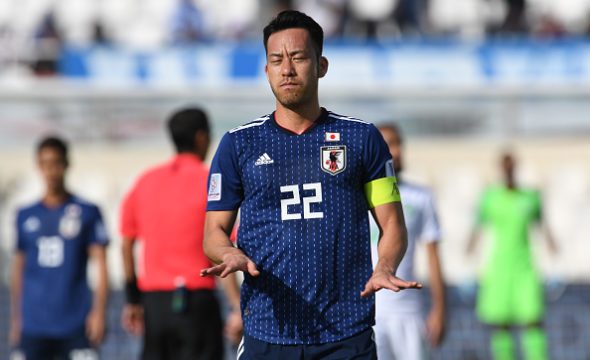 FOX Sports Asia – Japan skipper and defender Maya Yoshida has had his say on who he thinks is the best team in the AFC Asian Cup 2019. The Blue Samurai are into the last eight of the tournament after a 1-0 win over Saudi Arabia.

The Southampton player believes Carlos Queiroz’s IR Iran are the team to beat in the continental showpiece. Team Melli are through to the quarterfinal as well after their 2-0 win over Oman.

“Iran is currently the best (football playing) country in Asia but most important thing (for now) is that we go to the next round,” he said.

Japan are set to face ASEAN powerhouse and AFF Suzuki Cup champions Vietnam in the quarterfinal on 24th January. The match will be played at the Al-Maktoum stadium in Dubai and will feature Video Assistant Referee (VAR) for the first time in the tournament.

Yoshida stated that they don’t have much information about the Golden Dragons and they will only think about Iran once they have crossed the Vietnam-shaped hurdle.

“We don’t have any information about Vietnam to be honest and we have to be ready for them. I will think about Iran after (we have beaten Vietnam),” he added.

Iran, on the other hand, will play China PR in the last eight and the team which comes out victorious from the encounter will face the winner of the match between Japan and Vietnam in the semifinals.