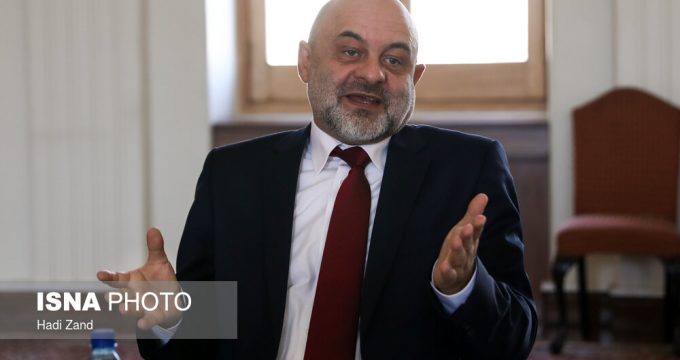 IRNA – The Polish envoy who is in Tehran to discuss with Iran’s Deputy Foreign Minister Seyyed Abbas Araqchi says Warsaw believes that finding the solution to all the problems of the Middle East without Iran is impossible.

The announcement of a meeting titled “Middle East Peace and Security Summit” in Warsaw scheduled for February 13 and 14, with the participation of the United States and Poland, was met with a serious reaction from Iran diplomatic apparatus.

As the Foreign Minister Mohammad Javad Zarif interpreted the meeting as a circus and Araqchi noted Iran’s hosting of the Polish refugees during the Second World War. However, Deputy Foreign Minister of Poland Maciej Przemysław Lang arrived in Tehran on Monday to resolve the misunderstanding between the two countries in talks with Seyyed Abbas Araqchi.

In an exclusive interview with the Islamic Republic News Agency (IRNA), Polish Deputy Foreign Minister in answering the question of whether his talks with his Iranian counterpart helped resolve the misunderstanding between the two countries, he said, ‘It was a good opportunity to solve misunderstandings. And in my opinion, this dialogue was a fruitful and effective. ‘

Long in the interview, while appreciating Iran for sheltering 120,000 Polish refugees during the Second World War, emphasized on issues raised during his meeting with his Iranian counterpart, ‘There were various issues in the framework of bilateral relations between the two countries. There are also misunderstandings that have emerged in recent days were raised. The point I should emphasize is the quality of the friendly relations between the two countries and how these relations are measured. Friendly relations do not mean that there is no misunderstanding. It is important that the two sides want to find a solution to such misunderstandings, and I think that the problems are the good example in this regard. ‘

Referring to the fact that the visit was a good opportunity to raise misunderstandings and both sides raise the issues that matter to them, the Polish official said,’The conference, which will be held in Warsaw, will discuss the problems that the international community faces in the Middle East as well as the solution to these problems. I must emphasize that the conference is not against any country. About 80 countries are invited to this conference, each of which has different opinions, and we want to discuss the issues that are there, and whoever has the opinion to express it and how they see these problems and provide solutions to these problems. In fact, we want to have an exchange of views within the framework of this conference.”

In response to the question why Iran has not been invited to the conference, the Polish Deputy Foreign Minister stated, ‘You know that the conference is being held by Poland and the United States, because of the absence of diplomatic relations between Iran and the United States, inviting Iran was not possible. In our opinion, there is no doubt that it is not possible to find a solution to all the problems of the Middle East without Iran. For us, this conference is the beginning of a process of dialogue, discussion about the problems of the region, and we hope that this conference paves the ground to promote peace and prosperity in the Middle East, and this is a process. We always believe which is the best solution for problems is dialogue, but we also understand that there are limitations, but we want to find solutions despite these problems and limitations. ‘

To a question whether the conference will discuss the commitments that the international community has towards the JCPOA, Lang noted, ‘First of all, Poland supports the JCPOA as a member-state of the European Union, but we must be realistic, the United States has abandoned JCPOA, and we should not ignore the fact that this has happened,. If we want to find a solution to the problems, we should consider this, but we hope that the way out of this situation will be found in favor of all the countries of the region and the countries that participated in this process.”

On the outcome of the conference that may have a negative impact on the relations between Iran and Poland, the official reiterated, ‘Our goal is to create a platform and start a process, and we want this dialogue to continue. If there are any problems, we should see if speaking whether the situation is getting better or worse. I believe that in any case, we need to talk and see and be aware of what the others’ points of view are, and we can only find a way out of these conditions. There is a Middle East and as an active member of the international community and the interim member of the Security Council, we want as much as possible and as far as capacity is concerned to help and play a positive role. ‘