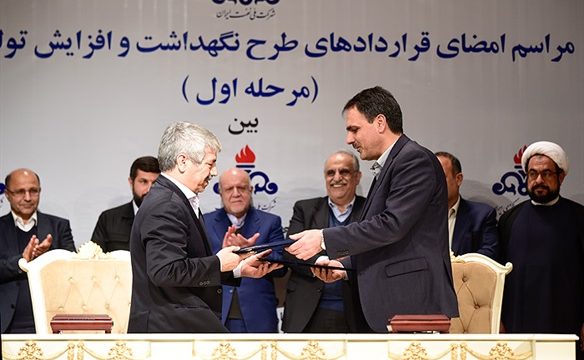 SHANA – The National Iranian Oil Company (NIOC) subsidiaries signed 9 contracts with local developers for maintaining and enhancing the production capacity of a number of Iranian oil and gas fields.

The deals were signed on Tuesday in a ceremony that was attended by Iranian Minister of Petroleum Bijan Zangeneh, and are valued at a total of 1 billion dollars.

By signing the deals, the fate of 9 packages of a total of 33 packages was determined. The total number of 33 projects are estimated to cost 6 billion dollars in three years.