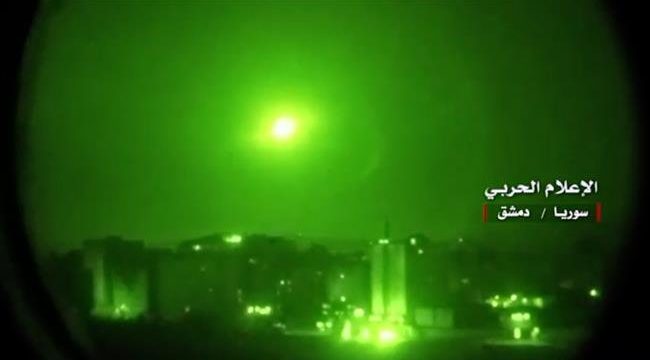 Press TV – Russia has warns Israel against carrying out airstrikes near the Damascus International Airport in the Syrian capital.

Moscow said it would not tolerate further airstrikes in the area as it is seeking to renovate the airport, the London-based al-Quds al-Arabi newspaper reported on Friday, citing Russian sources. The Russians said the air raids were prompting airlines that want to resume Syria operations to reconsider their decision.

Israel frequently strikes the Syrian territory, attacking military targets belonging to Syria and its allies, which have been assisting Damascus’ war on foreign-backed terrorist groups. Observers view the attacks as a means of propping up the Takfiri terror groups that have suffered crushing defeat recently.

Last September, a Russian Il-20 reconnaissance aircraft with 15 servicemen on board was downed by Syria’s S-200 missile launchers, which were at the time responding to a wave of Israeli strikes on state institutions in the western Syrian Latakia Province. Moscow held Israel responsible, saying the regime’s pilots had intentionally used the Russian plane as cover to conduct air raids, effectively putting it in the crosshairs of the Syrian air defenses.

Russia stopped coordinating its airborne operations over Syria with Israel after the incident, and upgraded Syria’s defenses with its S-300 missile systems.

On October 4 last year, Israeli Regional Cooperation Minister Tzachi Hanegbi roundly rejected the idea that Syria’s acquisition of the equipment would trouble Tel Aviv. “The operational abilities of the air force are such that those (S-300) batteries really do not constrain the air force’s abilities to act,” he told Israel’s Army Radio.

A day later, however, Russian Deputy Foreign Minister Sergei Vershinin told Russia’s Sputnik news agency that Russia hoped the Israeli regime would exercise “good judgment” on Moscow’s delivery of the missile system to the Syrian government as it will be followed by “additional steps.””