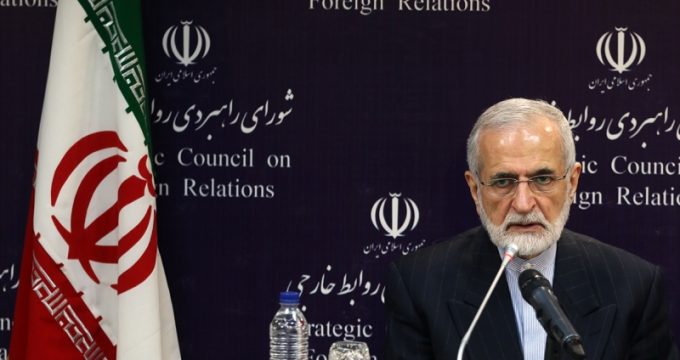 MNA – The head of Iran’s Foreign Policy Strategic Council Kamal Kharrazi said Sat. the European Union’s delay in implementing the Special Purpose Vehicle (SPV) to continue trade with Iran despite US sanctions under the pretext of their incapability of convincing European companies is unacceptable.

Kamal Kharrazi, head of Iran’s Foreign Policy Strategic Council Kamal Kharrazi, who has also served as the Iranian foreign minister, made the remarks in a meeting with a visiting delegation of researches from the Italian International Affairs Institute (IAI Instituto Affari Internaziobali).

Kharrazi said that the pressures that US administration is inflicting on Iran would weaken and divide Europe, adding “the US action in holding anti-Iran conference in Poland is aimed at escalating divisions among the European countries.”

The former Iranian foreign minister added that while Iran honestly adhered to the nuclear deal also known as the JCPOA, now the public opinion in Iran is turning against Europe for its lack of action in implementing the promised financial channel to (or the Special Purpose Vehicle (SPV)).

Kharrazi further made it clear that Iran will not give in to pressures on the way to preserve its independence.

The Italian delegation, for their part, stressed that Iran’s expectation for the practical steps by Europe to benefit from the nuclear deal is understandable.

The Italians further described the US withdrawal from the nuclear deal as in violation of the international law, while acknowledging that Europe hugely depends on the United States.