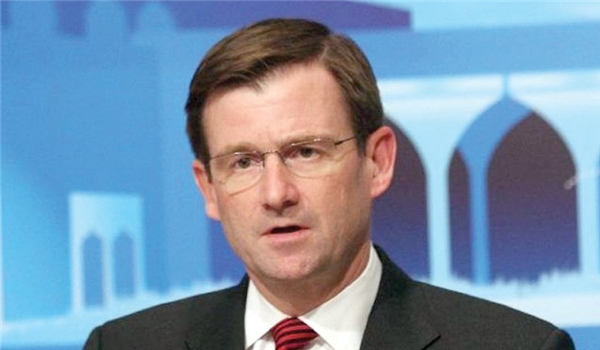 FNA – The Iranian embassy in Beirut deplored the recent anti-Iran remarks by US Undersecretary of State for Political Affairs David Hale during his visit to Lebanon, stressing Tehran’s firm decision to continue its stabilizing role in the region.

“David Hale’s comments cannot be considered in any framework but flagrant interference and dictation to others. The US is seeking to start war and sedition among countries and different spectra of a country,” the embassy said in a statement on Tuesday, according to the Arabic-language al-Nashrah news website.

It reminded Hale of his country’s support for the ISIL terrorist group, saying that many regional states would have been entangled in bloodshed and extensive unrests had Iran and its allies in the resistance front not made sacrifices in the fight against the terrorist groups and Washington.

The statement referred to Iran’s military advisory role in Syria, saying that the presence does not need the permission of any trans-regional states and is based on coordination and demand of the legal government in Syria.

“Iran will also continue its constructive role to strengthen stability, security and progress in Lebanon within the framework of bilateral relations with the Lebanese government and the country,” it concluded.

The statement came after Hale claimed on Monday that the US would step up efforts to counter what he called as Iran’s “dangerous activities” around the region including the financing and activities of Lebanon’s Hezbollah.

He spoke following talks he held with Lebanese politicians at the end of an official visit.

Iran and Hezbollah resistance group have helped the Syrian government in confronting the terrorist groups since the very first days of war in the country.