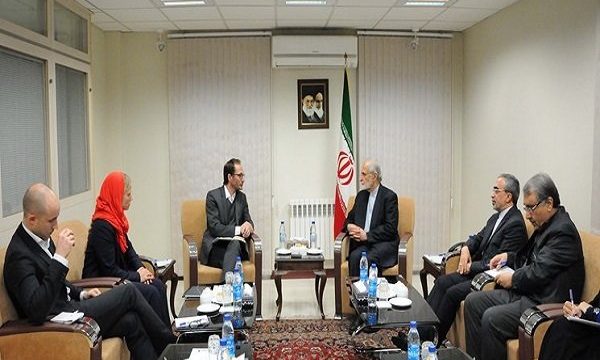 MNA – The Head of Iran’s Foreign Policy Strategic Council Kamal Kharrazi has described the Polish government’s hosting of an anti-Iran conference under pressures from the United States as disgrace for the European identity.

Kamal Kharrazi, head of Iran’s Foreign Policy Strategic Council Kamal Kharrazi, who also served as the former Iranian foreign minister, made the remarks in a meeting with a visiting group of researchers from a Norwegian think tank.

Kharrazi described the US President Donald Trump’s policies toward Europe as dangerous, saying that attempts to create a gap between western and eastern Europe and policies such as supporting extremism and extremist nationalism in Europe are among the dangers that the United States has created for Europe.

He called on the Europeans to stand against the US pressures in order to prevent more problems from happening in the future.

Referring to the US administration’s plan to hold an anti-Iran conference in Poland, Kharazi described the action as another example of hostility towards Iran, saying the United States, by holding this political show in Poland is taking Poland’s interest hostage.

The former top Iranian diplomat added that the Polish government’s surrender to the US pressures in terms of agreeing to host the upcoming anti-Iran conference is a disgrace for the European identity and European nations.

The Norwegians, in turn, said that Europeans are nations show a great deal of respect to the culture and civilization of Iran.

They also pointed to the US pressures on European companies banning them from doing business with Iran, adding that the internal problems of European countries have had a negative impact on the policies of European governments and the adoption of proper policies