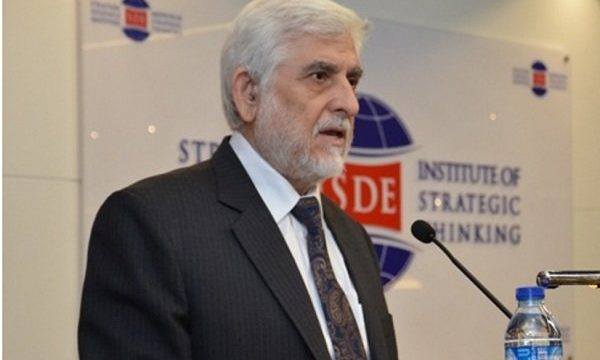 Kabul not to allow US to operate against Iran: envoy

MNA – Afghan ambassador to Turkey said that Afghanistan will not let US units deployed in the country to operate against neighboring Iran.

Making the remarks in a conference in Ankara on Friday, Abdul Rahim Sayed Jan noted that maintain ties with neighboring countries is of utmost importance for Afghanistan, and in this regard, Kabul will not allow the United States to use its military bases against countries such as Iran and Pakistan, Yeniakit reported.

Elsewhere, he said that the formation of Taliban is not related to Islamic ideologies, rather, the group is formed by foreign countries in Afghanistan.

The envoy went on to say that the only thing Taliban demands is that Americans should leave Afghanistan, Anadolu reported.

“Once peace comes to Afghanistan, there will be no need for foreigners to stay in Afghanistan. So the key of bringing peace is that Afghans themselves should sit down and talk peace,” Jan said.