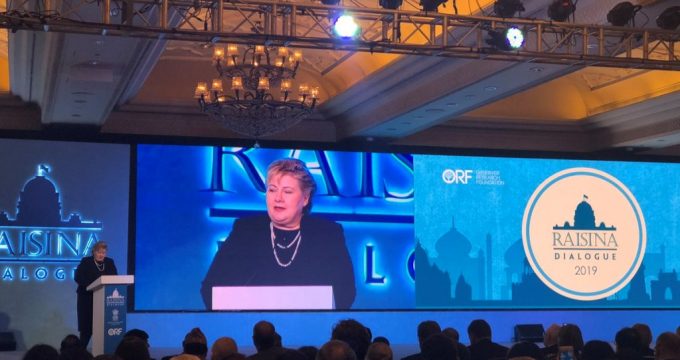 RAISINA conference kicks off in India

IRNA – The fourth annual RAISIA conference kicked off in India with the presence of political, economic, scientific and cultural figures from across the globe, including Iran’s Foreign Minister Mohammad Javad Zarif.

Indian Prime Minister Narendra Modi was also attending the meeting. The conference kicked off under the motto of exploring opportunity for harmonizing Asia with a wider world.

Heading a high-ranking delegation, Zarif is in India to participate in Raisina Dialogue.

The Iranian foreign Minister also delivered speech in a business forum which was held with the attendance of Iranian and Indian economic activists.