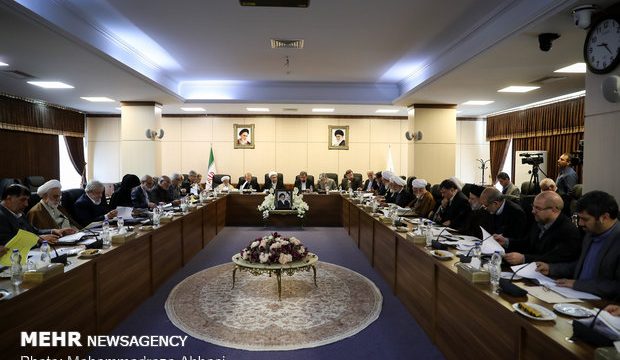 MNA – The Expediency Council has passed the final verdict on the amendment bill on combating money laundering, endorsing the FATF-related bill on Saturday.

He explained that article 1 of the bill had been previously amended, and today’s Expediency Council session addressed articles 5 and 8. He added that article 8 needed to be amended first before the bill was passed by the Council.

According to him, the amendment bill had gone through intensive discussions at the economic commission, followed by review sessions chaired by Parliament Speaker Ali Larijani and deputy minister of economy and vice-president for legal affairs.

The Saturday session also addressed the bill on Iran’s accession to the convention against the funding of terrorism (CFT).

According to spokesman Kadkhodaei, only two out of the 22 flaws pointed out by the Guardian Council have been resolved by the Parliament.

Meanwhile, Chairman of National Security and Foreign Policy Commission of Iranian Parliament Heshmatollah Falahatpisheh said on Dec. 31 that the Expediency Council would give the final say on the CFT bill, which was ratified in early Oct., rejected by the Guardian Council in Nov., and later amended by the Parliament and referred to the Expediency Council in early December.

The bill is currently with the Parliament’s National Security and Foreign Policy Committee for further review.