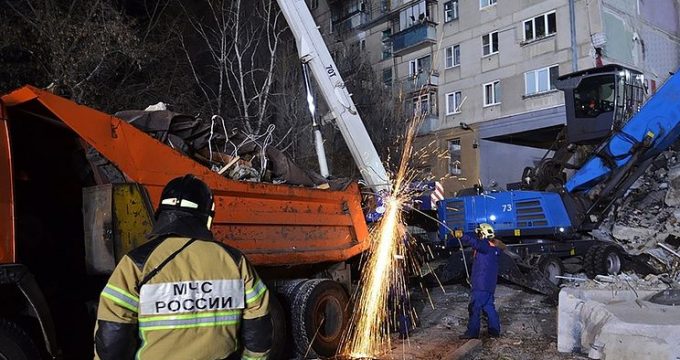 Tasnim – Iran’s Foreign Ministry extended condolences to Russia over deaths in an explosion in an apartment building in southern Russia.

In a statement on Wednesday, Foreign Ministry Spokesman Bahram Qassemi offered sympathy to the Russian government and nation over the tragic explosion at the building in Russia’s Magnitogorsk.

A section of a 10-storey building collapsed on Monday following the explosion believed to have been triggered by a natural gas leak.

The regional emergency minister said on Tuesday that 37 residents of the building were still missing.

On Tuesday, rescuers pulled an infant boy alive from the rubble of the building, some 35 hours after the collapse killed at least seven people and left dozens missing.