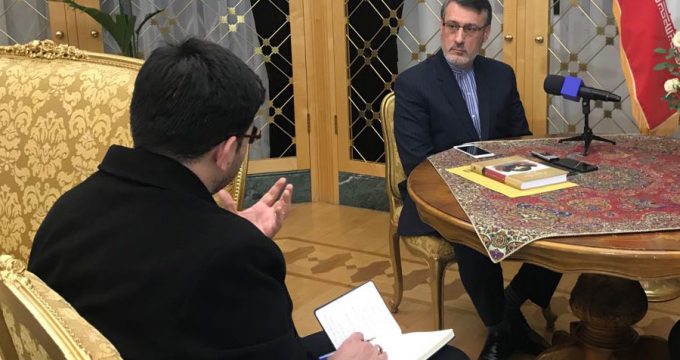 ‘As long as the US policy is Israel’s hostage, Washington will be unable to think freely of healthy relations with the region and the more it tries to interfere in the region, it will face former defeats again,’ said Baeedinejad in an interview with Iranian reporters in London.

To a question by the Islamic Republic News Agency (IRNA) on new arrangement of the Middle East following withdrawal of the US troops from Syria, he said after victory of Islamic Revolution of Iran, the US never could or did not like to officially recognize Iran’s genuine independence.

‘Independent and big Iran in the region, has always been in contradiction with the US’ arrogant policies and unfortunately, the US failed to consider a new plan for the region, while taking Iranian nation’s independence and sovereignty into consideration. Instead of being dominated by the US and Israel, the region now reflects will of nations for their sovereignty and independence.’

The problem with the US foreign policy is that it has been strongly under influence of Israel’s policies and whatever policy and stance not pleasing the Zionist regime, whose attitude is extremist and occupation, is naturally opposed by the US, said Baeedinejad.

Elsewhere in his remarks, Baeedinejad said that from the standpoint of the Islamic Republic of Iran, the US’ presence in Syria is by no means the guarantor of peace and stability and eventually, the will of Syrian people to form their favored government should be officially recognized.

‘We should let Syrian people to confront all forms of terrorism, while deciding their fate through holding national dialogue.’