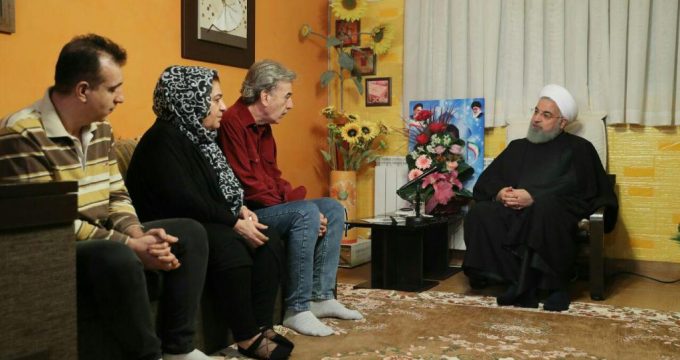 Noting that Muslims consider Jesus Christ (PBUH) a great prophet and Saint Mary as a great figure, he added that one of the Holy Qur’an’s verses has been named after Saint Mary which recounts her life story and giving birth to a child as a divine miracle.

He further noted that the holy prophet used to heal the sick and revive the dead.

During the meeting, Rouhani also appreciated all the war veterans for their sacrifices during the imposed war.

Meanwhile, Rouhani met with family of the martyr Alfred Gabri late on Monday on the eve of the Christian new year.