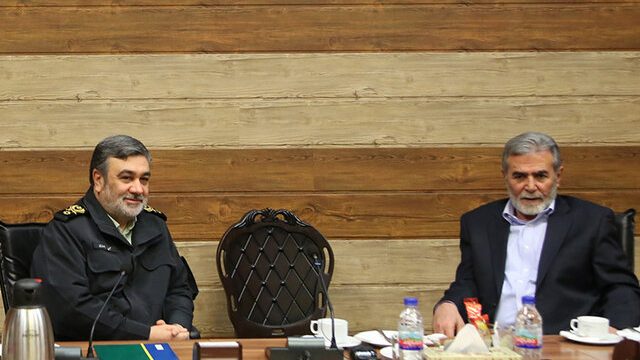 During the meeting, General Ashtari announced that Iran’s Police Forces are ready to share their experiences and train Palestinian resistance groups.

He told Ziad al-Nakhalah, “There are great capacities in Iran’s police. I invite you to visit the facilities and capabilities. We are ready to share our experiences and achievements in this field to you”.