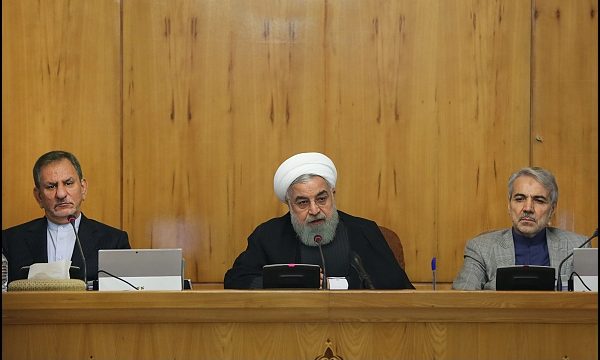 MNA – The Council of Ministers convened on Sunday evening in a session that was chaired by President Hassan Rouhani and discussed the causes of the tragic bus crash at Islamic Azad University’s Science and Research Branch.

According to a report by the official website of Iranian Presidency, during the meeting, the ministries of ‘Science, Research and Technology’, and ‘Interior’ submitted a report on the causes of the accident that happened inside the campus.

President Rouhani once again expressed condolences over the tragic accident and tasked the ministries of ‘Science, Research and Technology’, and ‘Interior’, and the Vice-Presidency for Science and Technology Affairs to form a committee for investigating the causes of the accident, and carry out the necessary measures to prevent such accidents from happening again.

The Central Bank of Iran (CBI) also reported on the Process Of Producer Price Index (PPI) during Azar 1397.

The Council of Ministers went on to discuss and decide on a number of plans proposed by members of the parliament.