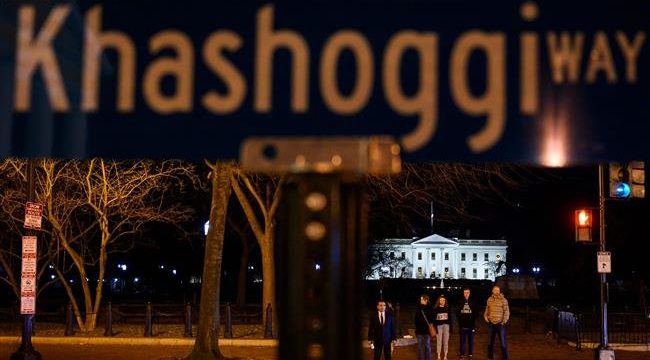 A Turkish investigation has found that the body of Khashoggi – an outspoken critic of Saudi Crown Prince Mohammed bin Salman— had been dismembered shortly after his murder inside the diplomatic mission on October 2.

According to the findings of the probe, a 15-member alleged “hit squad” was sent to kill the journalist in a “premeditated murder” operation.

It was later reported that Khashoggi’s killers may have taken his dismembered body out of Turkey in luggage.

Turkish news channel A Haber has now released a new video, showing the arrival of the Saudi team’s members at the Saudi consul-general’s residence – located several hundred meters from the consulate – on the day Khashoggi was murdered.

They are said to be transferring the journalist’s body parts in five suitcases and two black plastic bags.

No evidence has yet shown the suitcases and bags were taken out of the counsel’s residence.

Turkish police and forensic investigators conducted a thorough search of the Saudi consul general’s residence in the aftermath of the murder.

Reports said at the time that they have collected “samples” which could be “convincing in terms of evidence” in the case of the killing.

The council Mohammed al-Otaibi fled Istanbul to Riyadh four days after Khashoggi’s murder and only hours after Turkish investigators began their search for evidence.

The murder sparked international outrage against the Saudi kingdom and its crown prince, who is widely believed to have ordered the killing.

Saudi officials have sought to distance bin Salman from the murder, insisting Khashoggi was killed in a “rogue operation,” only after initially claiming he had left the building unharmed.