A Look at Iranian Newspaper Front Pages on December 27

Iran Front Page – IFP has taken a look at the front pages of Iranian newspapers on Thursday, December 27, 2018, and picked headlines from 11 of them. IFP has simply translated the headlines and does not vouch for their accuracy.

3- Turkey Not Able to Eradicate ISIS in Syria 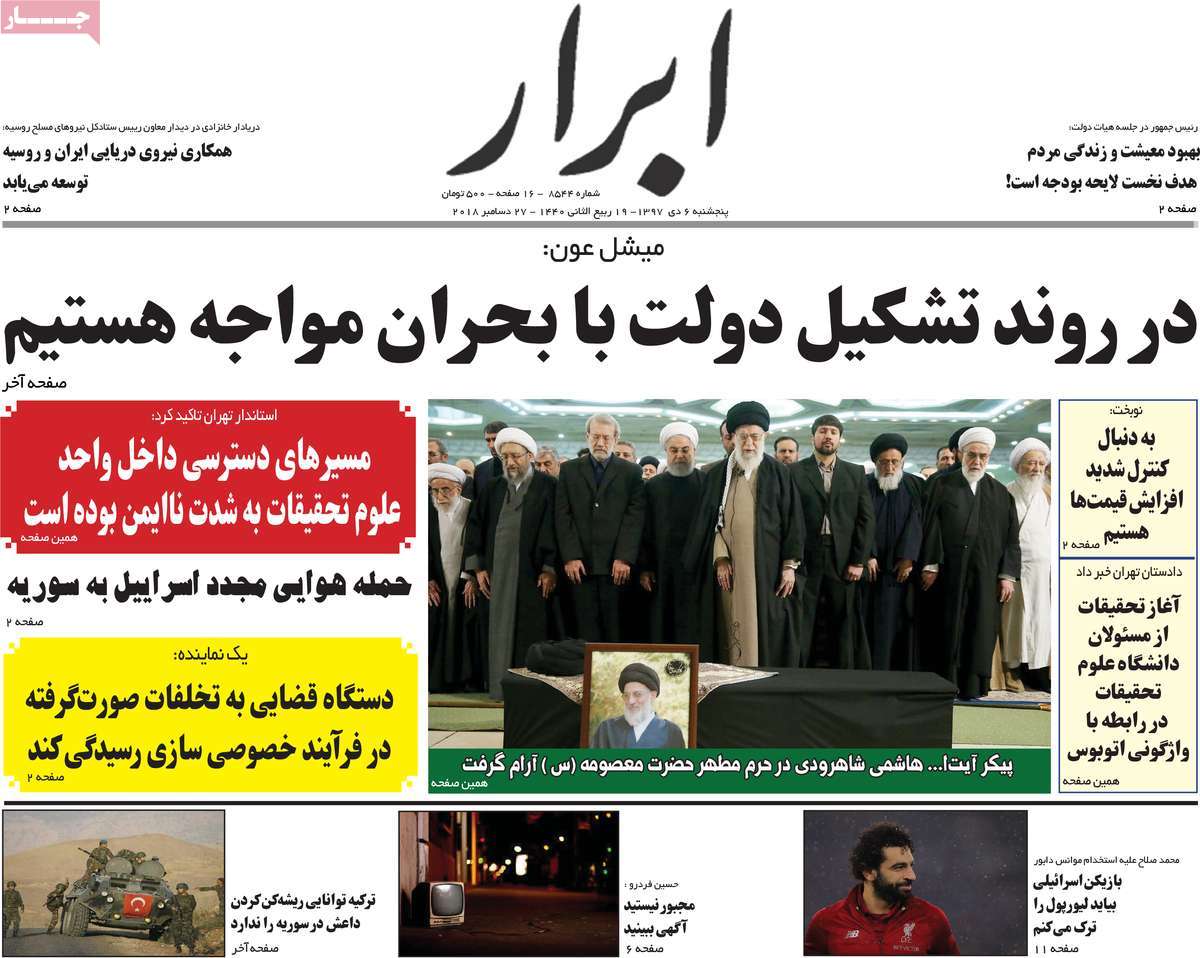 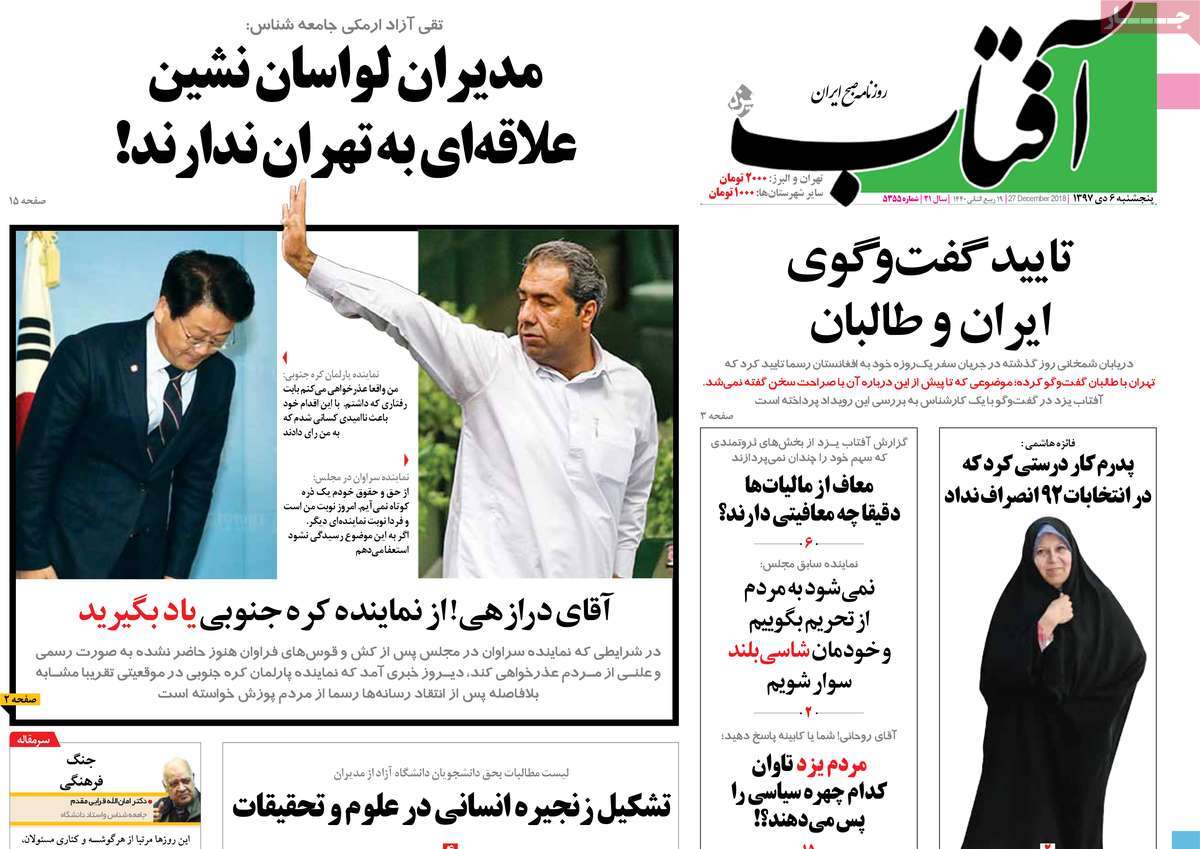 1- We Must Try to Reduce Suffering of People: Rouhani in Cabinet Meeting 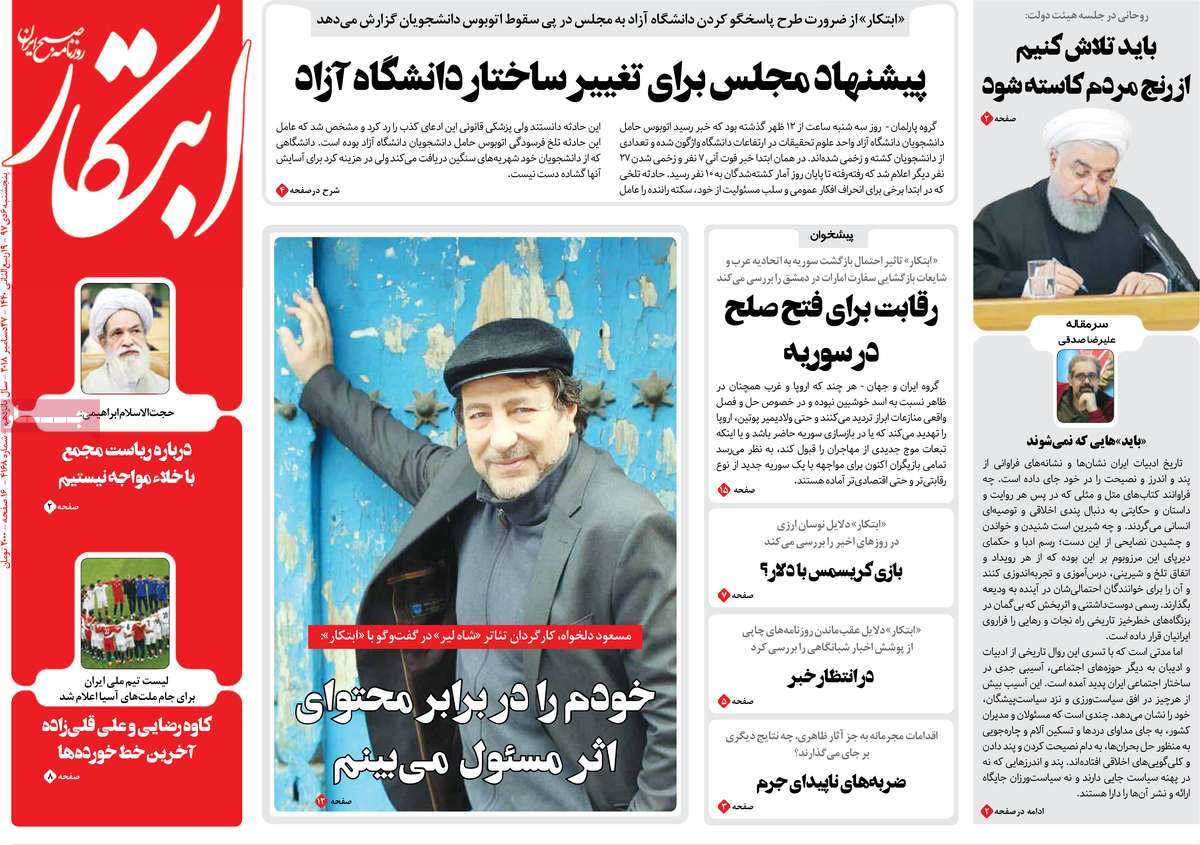 1- Trip to Kabul, Dialogue with the Taliban / Ali Shamkhani in Afghanistan to Hold New Peace Talks 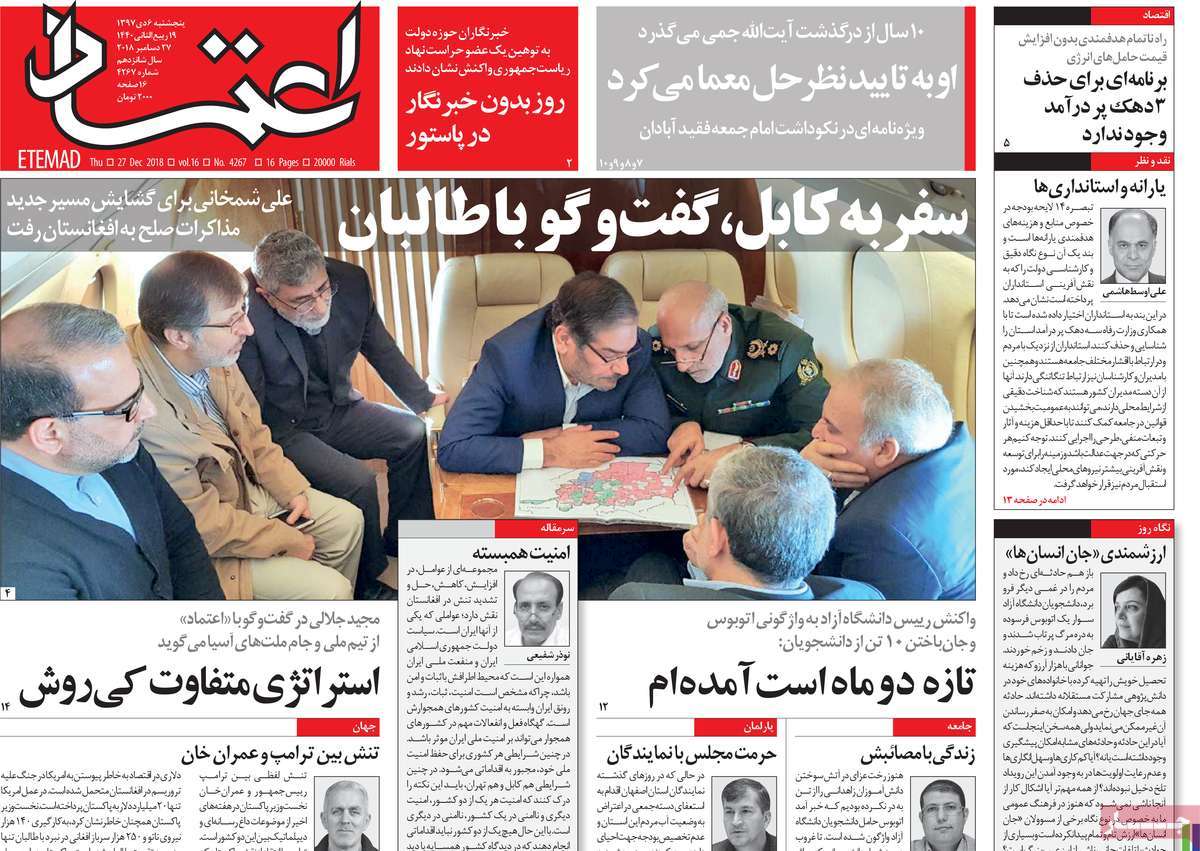 3- Policymaking in Tehran, Talks in Kabul / Annihilation of ISIS Main Focus of Talks with the Taliban 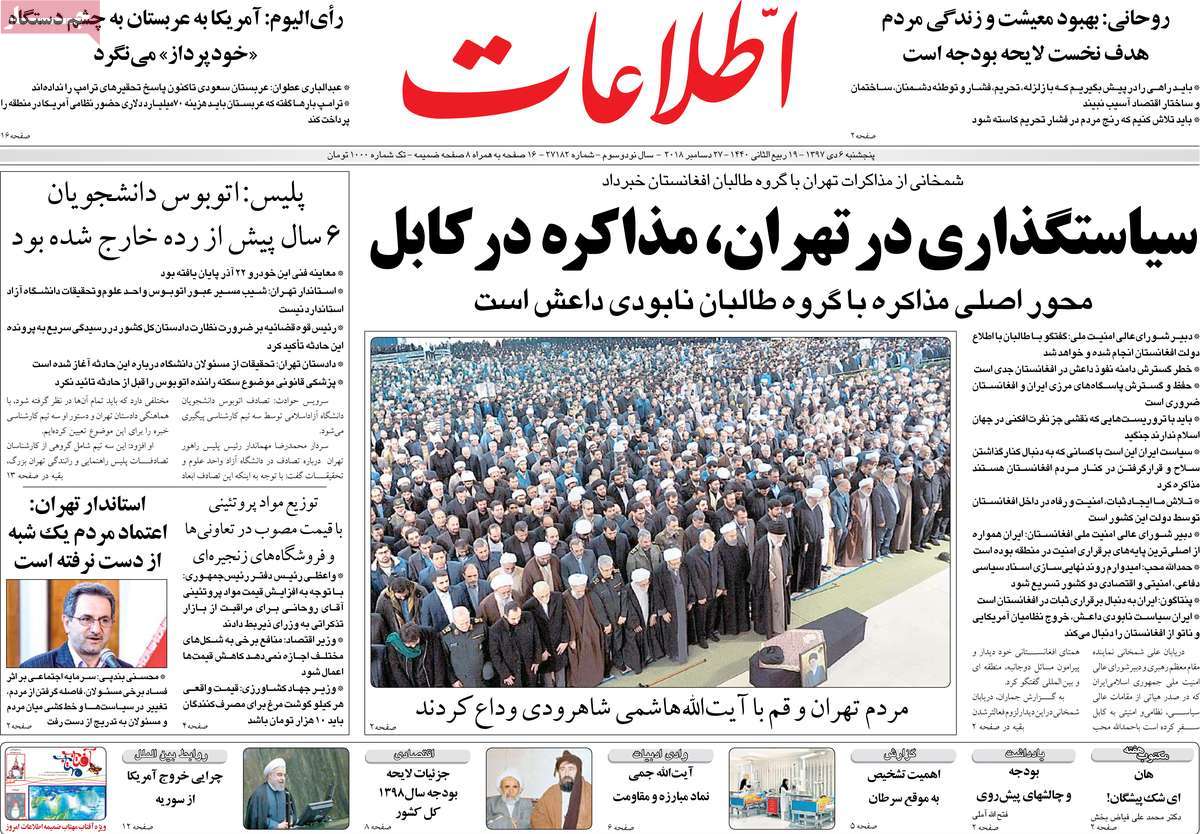 1- Russia Warns US against Interference with Saudi Royal Succession 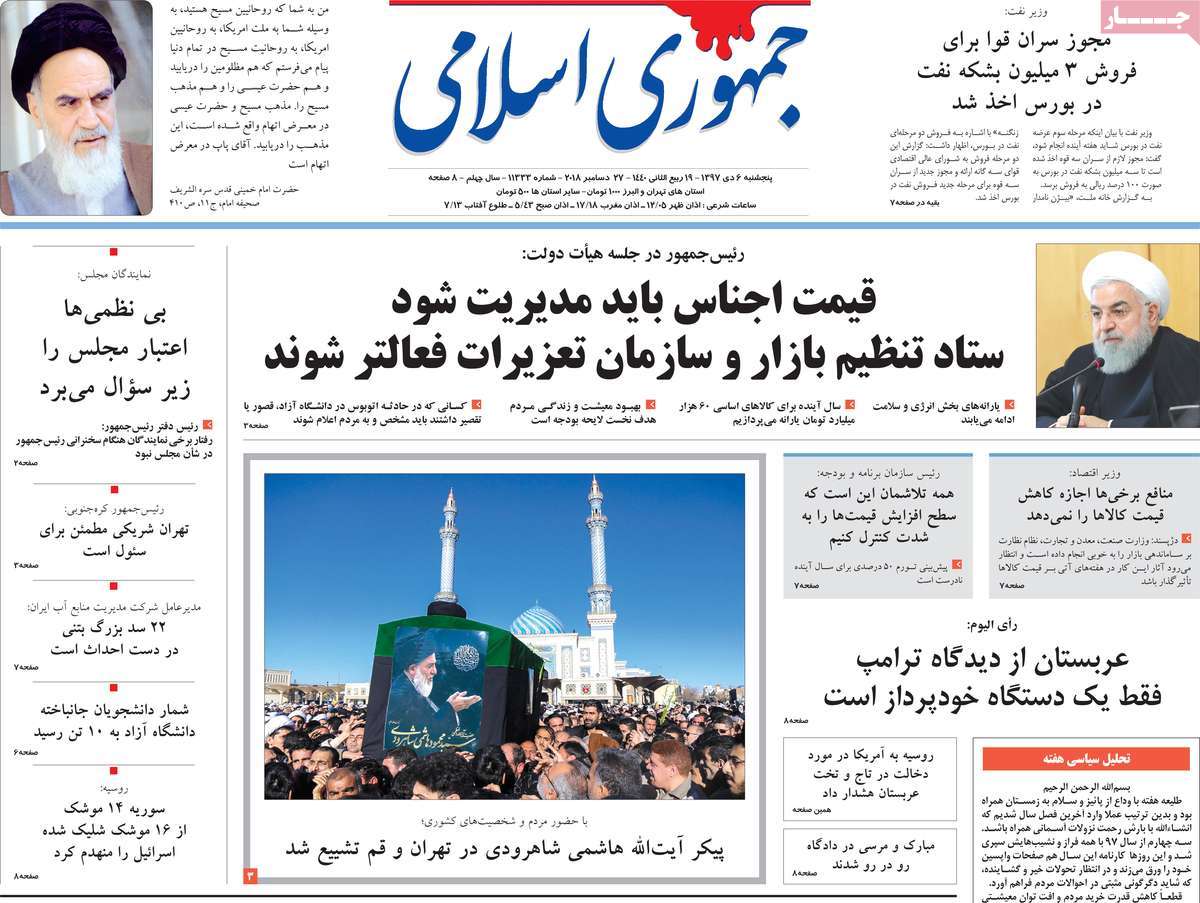 1- In Meeting with Ashraf Ghani, Shemkhani Warns about Attempts to Transfer ISIS’s Defeated Elements to Afghanistan

2- Germany Opposes Deployment of US Missiles to Europe

3- Our Role in US Withdrawal from Syria (Editorial) 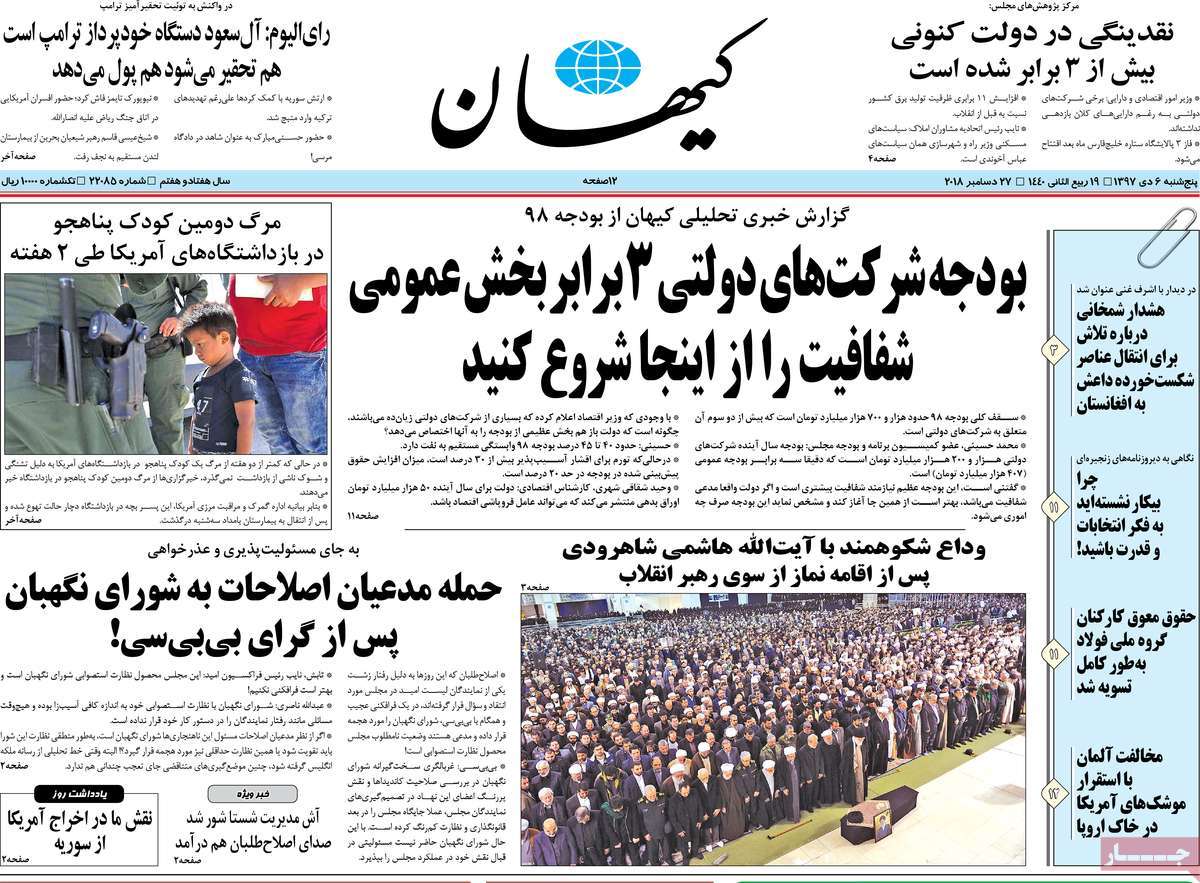 1- If Europe Does Not or Cannot Launch SPV, Withdrawal from JCPOA Not Difficult: MP

3- Trump Possible Impeachment: US Waiting for Outcome of Muller’s Investigations 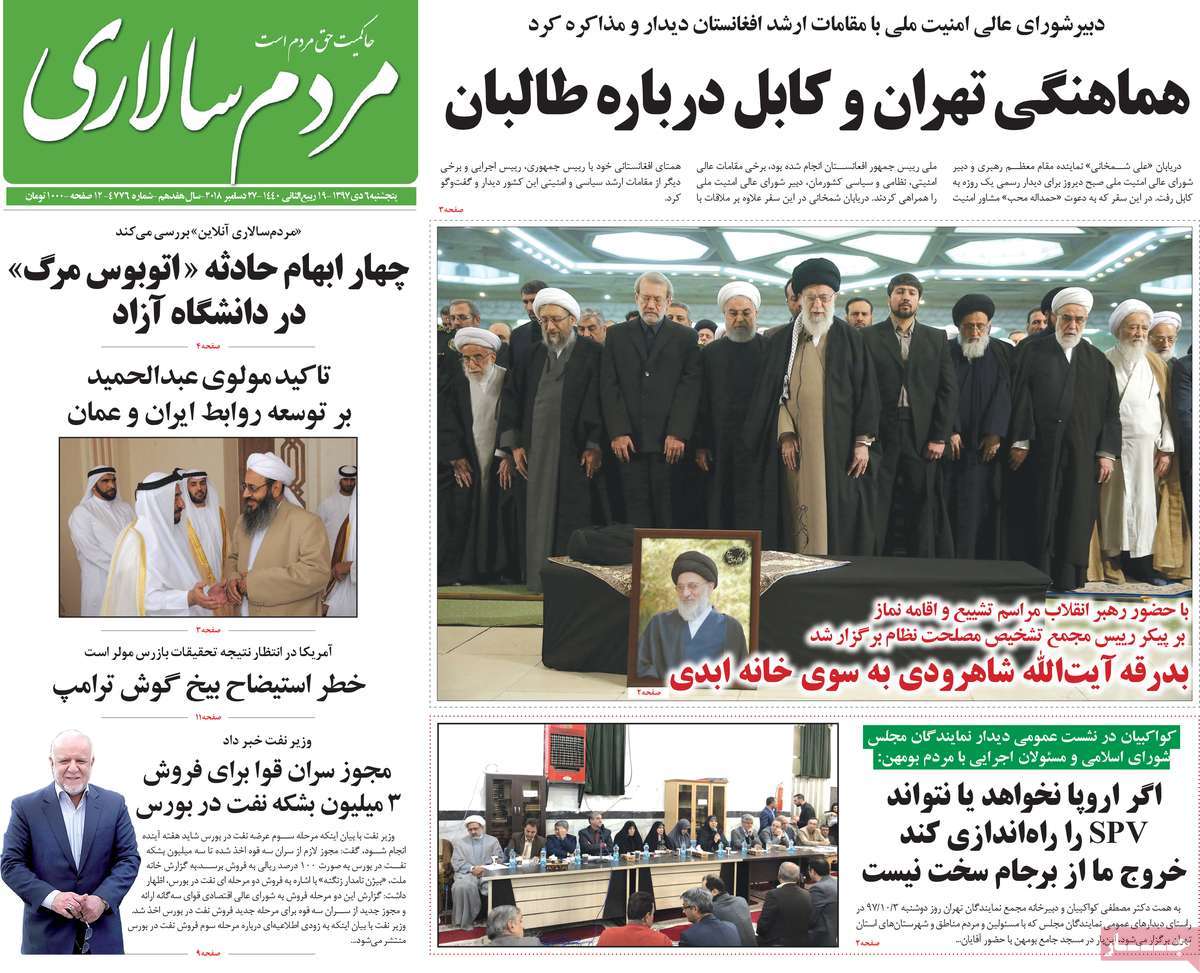 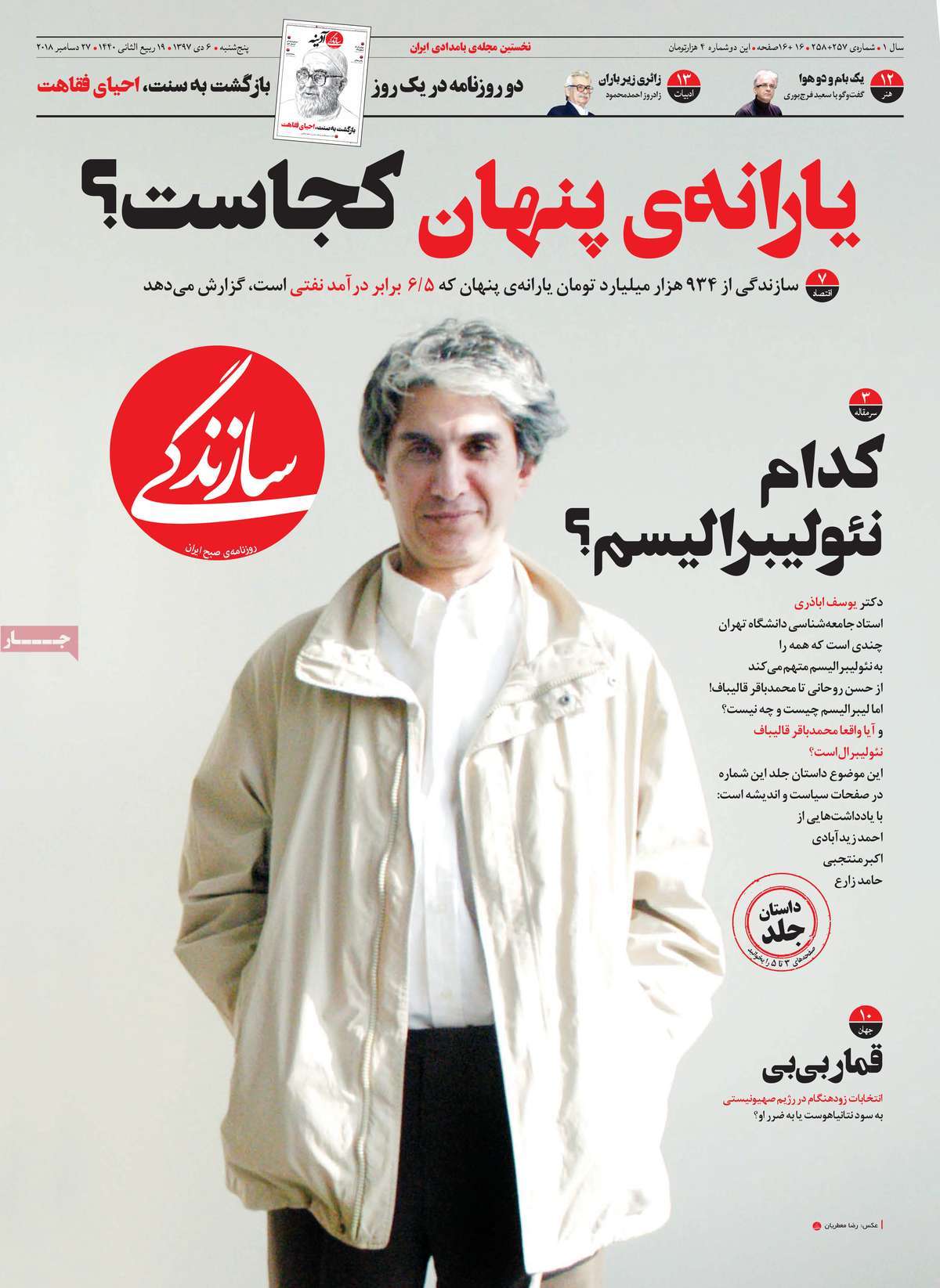 2- Talks with the Taliban against ISIS / Iran-Taliban Dialogue Will Continue: Shamkhani

1- No One Knows What’s Going on Here: Commandant of US Marine Corps on Withdrawal from Syria 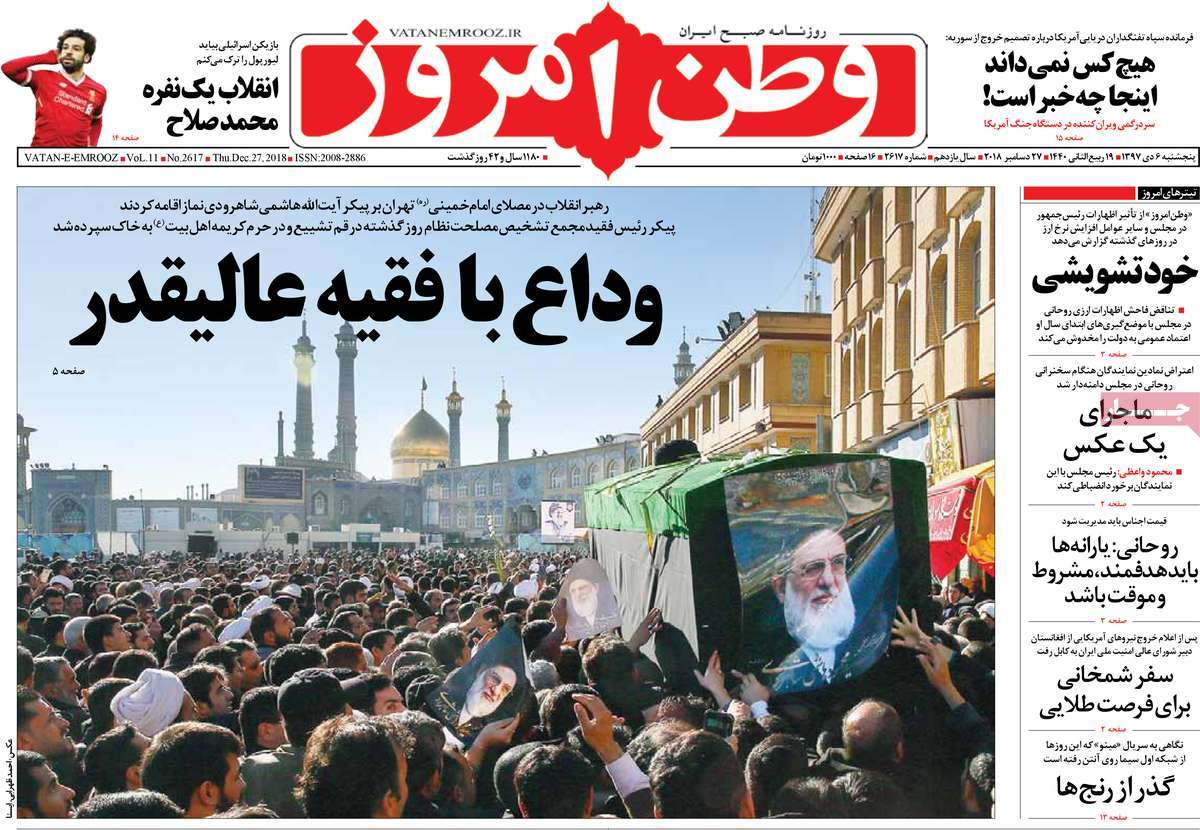