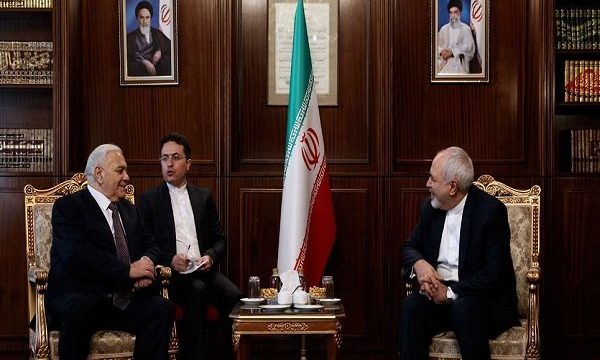 MNA – The Iranian Foreign Minister Mohammad Javad Zarif has hailed the high level of political relations between the Islamic Republic of Iran and the Republic of Azerbaijan.

Mohammad Javad Zarif, Foreign Minister of Iran, made the remarks in a meeting with the Speaker of the National Assembly of Azerbaijan Republic Ogtay Asadov in Tehran on Tuesday afternoon, during which he also attached great importance to parliamentary relations between the two countries.

The Iranian foreign minister further expressed hope that through the implementation of joint projects and the use of the capacity of the transport corridors between the two countries, Tehran and Baku would further advance the relations in the economic and commercial fields.

Ogtay Asadov, for his part, said that the two countries share many significant historical, cultural and geographical similarities.

Asadov also pointed to the North-South Corridor project, which passes through Iran and Azerbaijan and can benefit both much, stressing the need for accelerating its implementation.