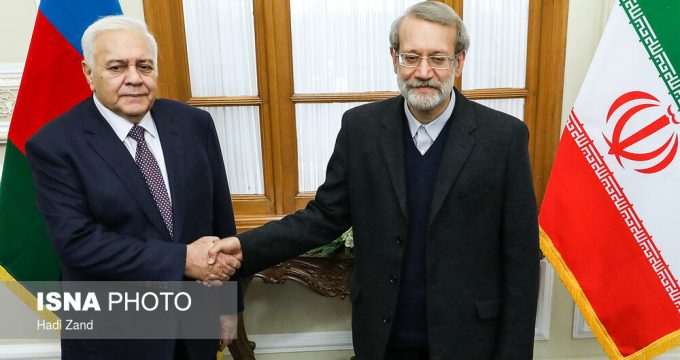 He made the remarks in a Tuesday meeting with the Speaker of the National Assembly of Azerbaijan Republic Ogtay Asadov in Tehran.

Pointing to the friendly relations between the two neighbors, Larijani attached great importance to the development of comprehensive ties between Tehran and Baku, especially in the economic sector.

During the meeting, the two sides also discussed ways of facilitating border interactions and accelerating the implementation of mutual agreements.

Heading a high-ranking delegation, Asadov met with President Hassan Rouhani earlier today. The officials discussed a host of issues including the development prospects of bilateral cooperation, as well as security issues.