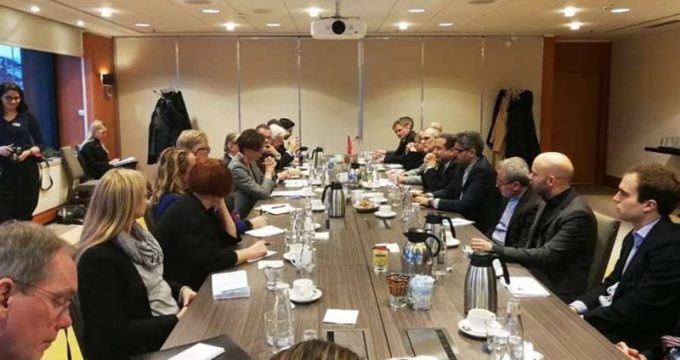 Iran’s Deputy Foreign Minister Abbas Araqchi, who is Sweden for the fourth round of Iran-Sweden political consultations, held meetings with senior Swedish officials in Stockholm on Wednesday.

In one of the meetings, Sweden’s Foreign Minister Margot Wallstrom voiced her country’s political will to maintain and boost interaction with Iran on bilateral, regional and international issues.

She also praised Tehran’s goodwill and support for the recent peace talks between Yemen’s warring sides, held in Sweden, stressing the need for Iran to continue support for the Yemeni-Yemeni negotiations.

Wallstrom further voiced Sweden’s support for the 2015 Iran nuclear deal, saying European states try to save the Joint Comprehensive Plan of Action (JCPOA) after the US withdrawal from the deal and to pave the way for trade with Iran.

For his part, Araqchi hailed Sweden’s positive and constructive support for the JCPOA, urging EU states’ practical backing for the nuclear deal.

He also gave an assurance that Iran will push for success in the Yemeni peace negotiations, saying Tehran’s regional policy is based on establishment of stability and security and expansion of political initiatives.

Araqchi also held a 5-hour meeting with State Secretary to Sweden’s Minister for Foreign Affairs Annika Soder for the fourth round of Iran-Sweden political consultations.