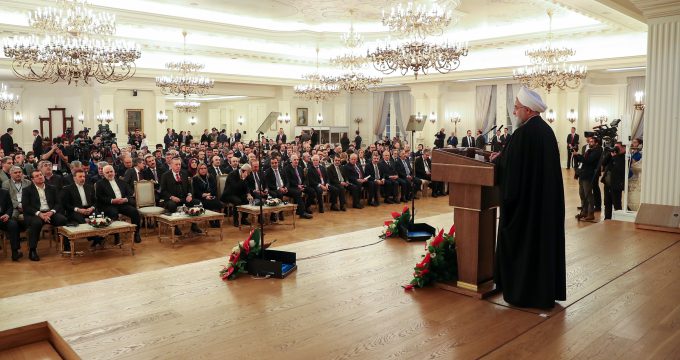 Iran ready to provide Turkey with energy in long term

President.ir – Stressing that Iran is ready to provide Turkey with energy in the long term, President once again described US sanctions against Iran unjust, saying, “No power, except international regulations and interests of peoples, should affect our economic relations”.

“We should go towards free trade from preferential trade,” he continued, saying, “We are ready to support and provide the necessary conditions for the presence of Turkish investors in the Iranian energy market”.

He continued, “Iran and Turkey are two secure countries in the region that have taken great steps in combatting terrorism and establishing peace and development”.

Stating that, “Our security is dependent upon the other’s,” President Rouhani added, “Economic activity is not possible without security, support and financial aid”.

He also went on to say, “Formation of joint industrial parks transforms economic relations and development of industries in the two countries”.

“The possibility of connecting east and west transit routes is one of the most important strategic advantages of Iran and Turkey,” said the President of the Islamic Republic of Iran.