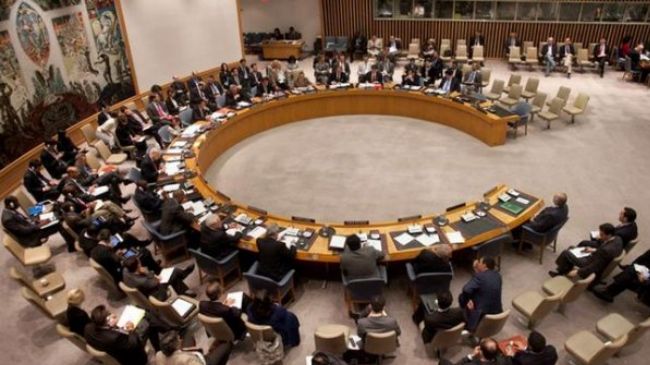 EU: US plan on Palestine-Israel conflict must respect 1967 lines

Press TV – Eight European Union member states have warned that US President Donald Trump’s plan on the Israeli-Palestinian conflict, which is yet to be unveiled, will not be successful if it fails to take into account internationally-agreed parameters for peace, namely a two-state solution along the pre-1967 boundaries.

The United Kingdom, France, the Netherlands, Poland and Sweden – which are all member states to the UN Security Council (UNSC) – as well as Belgium, Germany and Italy released a joint statement on Tuesday, saying the so-called Middle East peace plan should support the Palestinian statehood and end the Israeli occupation.

The statement was published following the UNSC’s monthly Mideast meeting.

The EU countries reiterated their “strong continued commitment to the internationally agreed parameters for a just and lasting peace in the Middle East based on international law, relevant UN resolutions and previous agreements.”

“The EU is truly convinced that the achievement of a two-state solution based on the 1967 borders with Jerusalem [al-Quds] as the capital of both States, that meets Israeli and Palestinian security needs and Palestinian aspirations for statehood and sovereignty, ends the occupation and resolves all final status issues, in accordance with Security Council Resolution 2334 and previous agreements, is the only viable and realistic way to end the conflict,” read the statement.

UNSC Resolution 2334, which was approved in December 2016, states that Israel’s establishment of “settlements in the Palestinian territory occupied since 1967, including East Jerusalem, has no legal validity and constitutes a flagrant violation under international law and a major obstacle to the achievement of the two-state solution and a just, lasting and comprehensive peace.”

Israel occupied East Jerusalem al-Quds during the Six-Day War in 1967 and later annexed the city in a move not recognized by the international community.

Israel lays claim to the whole city, but the Palestinians view its eastern sector as the capital of their future sovereign state.

Trump recognized Jerusalem al-Quds as the Israeli “capital” last December and moved the American embassy from Tel Aviv to the ancient city in May, sparking global condemnations.

WILE THE DEVIDED U.S. IS MOVING TOWARS THE PROTECTIONISM IS ACTING AS A GLOBAL DICTATOR WITH A SELECTIVE RHETORIC THAT IGNORES THE REALITY !!!

Speaking at Tuesday’s Security Council session, US Ambassador to the UN Nikki Haley said that Washington’s plan, dubbed the “deal of the century,” has a lot both sides will like and things they won’t like.

She also claimed that the initiative takes advantage of new technology and recognizes the changing realities on the ground.

Israel under fire over settlements, crimes against Palestinians

Meanwhile, UN Special Coordinator to the Middle East Peace Process Nickolay Mladenov expressed concerns over “the weakening of international consensus and the absence of collective efforts to achieve an end to the [Israeli] occupation and the realization of a negotiated two-state resolution of the Israeli-Palestinian conflict.”

“At the end of 2018, we are nowhere closer to reviving efforts for a negotiated solution,” he told the UNSC meeting. “Without a political horizon, all our collective and individual efforts merely contribute to managing the conflict rather than resolving it.”

Palestinians have already rejected Trump’s plan, with Abbas calling it “the slap of the century.”

More than 230 Palestinian civilians have been killed and over 24,000 injured as a result of live fire used by Israeli security forces during the “March of Return” so far in 2018, he added.

“We must put an end to these crimes,” Otaibi said, underlining the need for protecting Palestinian civilians and warning of an Israeli plan to change the occupied lands’ demographic and legal character.