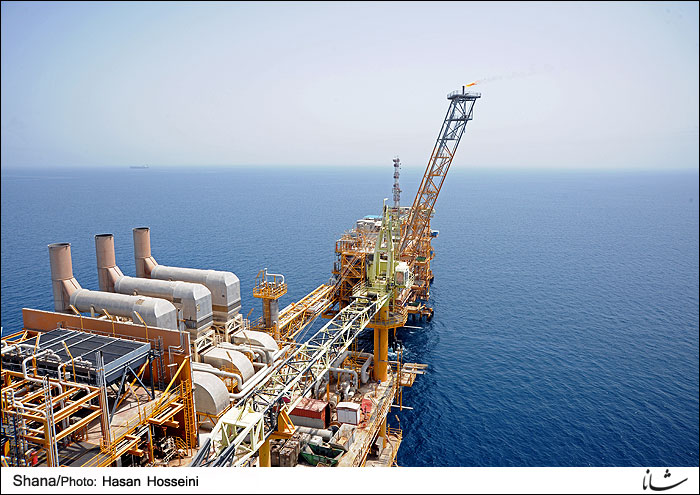 MNA – Iran’s gas recovery for the giant South Pars Gas Field in the Persian Gulf is projected to increase by 56 million cubic meters per day by the end of the current fiscal (March 2019), which will increase the field’s total gas production capacity to 630 mcm/d.

According to Mohammad Meshkinfam, CEO of Pars Oil and Gas Company (POGC), this would be a new record in Iran’s gas production from the offshore gas field, which is shared with Qatar.

The official added that as winter approaches and given the necessity to provide sustainable and continuous gas to the country, the development of the field’s new phases has been accelerated.

Noting that the 4th train of South Pars Phase 13 refinery would come online within the next two weeks, he said the facility will be fed by the gas supplied from other phases of South Pars.

The official added that two offshore platforms belonging to Phase 14 of the field would become operational, each adding 28 mcm/d to the field’s sour gas production capacity.

He further said that the onshore refining facility of Phases 22-24 is now ready for operation.

Meshkinfam added that the topside of Phase 22 has been successfully installed and it is being prepared for startup and it is expected to come online by the next three weeks with 500 mcf/d of production capacity.

Iran is developing the mega gas project in 24 phases.

Currently, the country is producing a total of 580 mcm/d of sour gas from different phases of the field.