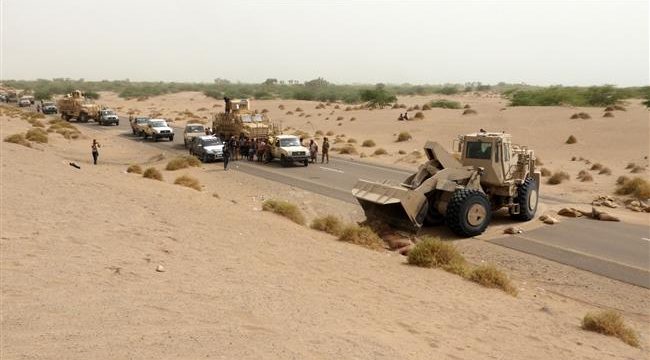 Demand an end to Yemen war

FNA – On Thursday, December 13, the warring sides in Yemen agreed to end hostilities around the Red Sea port of Hodeida, a breakthrough in the failed Saudi-led war that has dragged on for more than three-and-half years and brought the Arab world’s poorest country to the brink of famine.

The successful negotiations in Sweden means the people of Yemen don’t want the fighting to continue. It also means Saudi Arabia and its partners need to lift their illegal blockade and pnull their troops out of the governorate of Hodeida, which is the largest port of entry for humanitarian and commercial goods to the import-dependent country. This way, the warring sides could also strike another deal to reopen the airport in Sana’a, Yemen’s capital, at the end of January.

As is, the Saudi-led war and blockades of the coast and airspace have exacerbated Yemen’s longstanding struggle for food security, putting 14 million people at risk of starvation. The United Nations found in August that Riyadh and its partner the UAE could be guilty of war crimes in Yemen. The deal also comes in parallel to mounting pressure by US lawmakers on the Trump administration to end support for the Saudi-led war.

As the conflict has destroyed cities and forced villages into starvation, Yemeni citizens have scattered around the world as refugees. The military coalition led by Saudi Arabia and the United Arab Emirates – with training, weapons, and technical support from the United States and United Kingdom – have failed to preserve the status quo. It has caused the world’s worst humanitarian crisis: So far, more than 100,000 children have died of starvation, malnutrition, and disease as a result. And the number is rising.

Saudi and Emirati forces have been blamed by humanitarians for the famine and epidemics. The Saudi-led coalition has repeatedly blocked access to the country’s ports and made it impossible for humanitarians to reach the millions of desperate Yemenis for quite a long times. Saudi-led forces have been accused of torturing detainees and of holding Yemenis in secret prisons. Most troubling has been the indiscriminate nature of the bombing campaign, which has repeatedly struck civilian targets such as school buses and funerals.

The world must act now to end this war and save millions of people from the brink of famine and mass starvation. If the conflict continues, then the enormity of the humanitarian task to try and keep people alive will be mind-boggling. Yemen is now on the right side of the line in terms of whether it can be resolved. But it won’t stay there – if the world doesn’t address this quickly.

The United States and Britain supply arms to Saudi Arabia – a relationship that has caused concern because of civilian casualties in coalition airstrikes in Yemen. This has to stop too. The international community wants the fighting to end – including Western complicity in Saudi atrocities. These Western governments claim the strategic benefits justify the humanitarian costs. Echoing the arguments of the Saudi regime, they argue that Iran is eager to create a new Hezbollah on the Arabian Peninsula, and “only robust military action has limited Iran’s latest expansionist project.”

Under scrutiny, however, these baseless claims and justifications don’t hold up. How on earth could Iran send any military aid to Ansarullah when the country is under a tight siege by the 14-member Saudi-led coalition assisted by the US and UK warships, radar systems, satellite and other high tech systems from the air, land and sea. In almost every case, the war has made old problems worse while creating new ones. The Ansarullah movement is not by any stretch an Iranian proxy. Furthermore, the harm to civilians is a clear result of the air war and blockade: Saudi and Emirati talking points on this part of the conflict have failed to convince most Yemen observers. Worse still, the prolongation of the conflict and the resultant instability has provided terrorist groups like ISIL and Al-Qaeda with a conducive environment to sustain themselves and regenerate that external capacity, in addition to the Saudi-led coalition’s periodic deals with such terrorist and extremist groups in war on Ansarullah.

The United States is directly implicated in the air campaign as well, because it refuels the bombers and provides targeting intelligence. The Pentagon even wants to get paid for that complicity! The United States has thereby lost considerable face in the region, which has further diminished its ability to condemn Saudi war crimes with authority and to call for reasonable dispute resolution between all warring sides in Yemen. Furthermore, as the war has dragged on, Saudi Arabia and the UAE have been unable to achieve any of their stated war aims. In private, they all make clear that they no longer expect a military resolution in Yemen, and hope that a political agreement can give them a way out. May be, this is the exit door that the Saudis have long been looking for to get rid of their Vietnam quagmire before they go bankrupt in the next few years.

In the prevailing environment, the world community, through the United Nations, can and should pass a resolution with more teeth against the war, and demand that Western governments provide compelling national security arguments to continue their arms sales to Saudi Arabia, including tough direct questions that Pentagon can answer about the impact of American refueling, and the nature and impact of targeting intelligence.

No doubt the problem of weapons sales and military support transcends the Yemen War and has contaminated a growing swathe of Western policy. This policy continues to be a major driver of the conflict and has routinely complicated the ongoing peace talks. It should end now. The United States and its NATO allies must give up their weapons contracts and avoid misguided policies and extremes. They are counterproductive to the ongoing peace efforts. It’s a strange world; countries and their media outlets speak of the need for a change of rulers in Riyadh for the merciless killing of one journalist, which of course should be condemned and be destroyed on the head of Crown Prince MbS like a brickwall, but they never say that the same rulers should stand trial at an international tribunal and be punished and deposed for massacre, genocide and an unending list of war crimes and crimes against humanity, and killing and maiming tens of thousands of innocent civilians who are citizens of another sovereign state is only one of the items of that list.