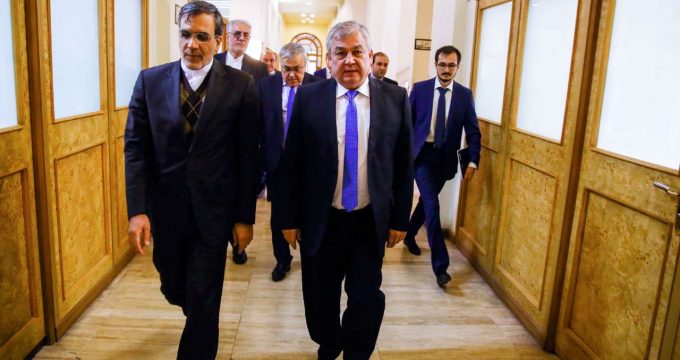 The news came days after Lavrentyev, as part of a Russian delegation, held consultations on the formation of the Syrian constitutional committee with President Bashar Assad in Damascus and Turkish representatives in Ankara.

Russia, Iran, and Turkey are the Syrian ceasefire guarantors and active participants of the Astana process on the crisis settlement.

The latest Astana meeting took place in the Kazakh capital in late November. Following the meeting, Lavrentyev said that the work on forming the committee was close to completion, adding that the final agreement had not been reached yet.

The next round of Astana talks is slated for early February.

The creation of the committee, which is expected to draft Syria’s new constitution, was agreed upon during the Syrian National Dialogue Congress in the Russian resort city of Sochi in late January.

Alexander Lavrentiev, Hossein Jaberi Ansari, Syria crisis December 15, 2018
Zarif: US in no position to talk about UN Resolution 2231
Expediency Council to decide on CFT based on national interest: Rezaei