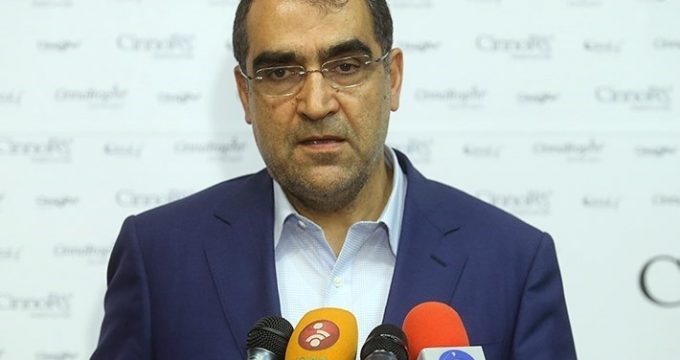 FNA – Health Minister Seyed Hassan Qazizadeh Hashemi announced in New Delhi on Friday that Indian pharmaceutical companies will receive support from the Iranian government to facilitate their investment and activities in Iran.

Iranian Ministry of Health has provided a package to facilitate the permanent presence and investment of foreign pharmaceutical companies in the country, Iranian Health Minister Seyed Hassan Qazizadeh Hashemi said today, speaking at a joint meeting of Iran-India pharmaceutical industries and medical equipment in New Delhi.

He said once a product is produced inside Iran, the Iranian government will impose restrictions on the import of the same product from European and American companies. The products will also be marketed with reasonable prices in Iran, he added.

Hashemi stressed that long-term investment in Iran would provide Indian companies with a stable market.

The Iranian minister noted that he has told Indian minister of commerce not to deprive Indian companies of exporting their products to Iran while European and American sides continue to export to Iran even in the face of sanctions.

He added that doing business with national currencies has given Indian companies a good opportunity to invest in the Iranian market and the West Asia region, noting that if India fails to take advantage of this opportunity, Iran would go to other countries for investment.

He further promised that Indian companies would receive support to patent their products in Iran.

Iran has taken long strides in the field of health and hygiene.

In a relevant development last week, hundreds of Iranian and European specialists and heart surgeons participated in the 2nd International Iran-Europe CTO-Caspian Meeting held at Razavi Hospital in the Northeastern city of Mashhad.

The congress, which was initiated in areas of congenital, structural and valve diseases, as well as chronic obstructive vascular diseases, with the presence of the custodian of Astan Quds Razavi started at the Razavi Hospital last Wednesday.

300 lectures on new subjects, 200 of which by foreign lecturers, and 100 lectures by the Iranian physicians were presented in fifty sections.

In this congress with a special focus on education, more than twenty live case and live inbox operations took place at the Razavi Hospital.