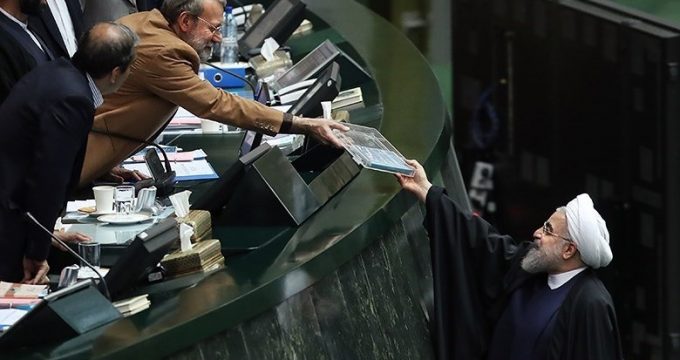 IRNA – Iranian President Hassan Rouhani is scheduled to submit the bill of budget for the next Iranian year (to start on March 21, 2017) to Majlis (Iranian Parliament) next week.

Head of Supreme Audit Court of Iran Adel Azar is also supposed to present a report of the budget bill requirements in Majlis.

Earlier, Head of Iran’s Plan and Budget Organization Mohammad-Baqer Nobakht said three volumes of the government’s last year performance have been sent to Majlis as well.

In one of the volumes all the plans that should be entrusted to the private sector is determined so that no one can use information rent, he added.