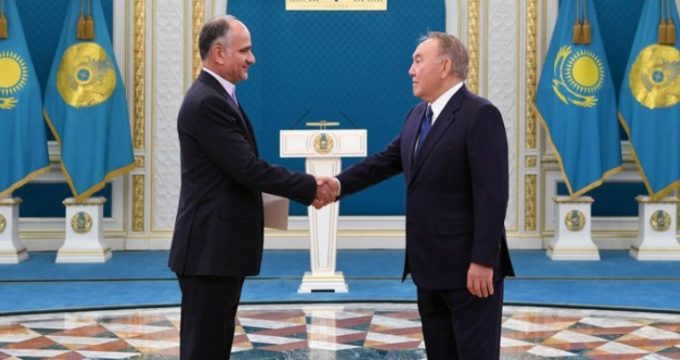 IRNA – The new Iranian ambassador to Astana-presented his credentials to President Nursultan Nazarbayev at a ceremony at the Kazakh Presidential Palace on Wednesday.

After presenting his credentials he said ‘Iran was among the first to recognize Kazakhstan’s independence and opened its embassy in Kazakhstan,’ while describing the relations between to country as friendly and brotherly and congratulated on the 27 anniversary of the independence of the Republic of Kazakhstan.

‘We saw good relations between the two countries in the post-independence years,’ Samadzadeh Saber said. ‘Kazakhstan is a stable country in the region and we have similar positions in many regional and international issues.”

He was previously the head of the Caspian Secretariat, Iranian ambassador to Georgia, as well as the second person Iranian embassy in Ukraine.